A veteran’s suggestions for our next commander-in-chief

Fifteen years have passed since the United States began fighting the so-called “war on terror,” in response to the attacks on American soil on Sept. 11, 2001.

After what initially seemed like a quick and decisive victory in Afghanistan, our leaders decided, like junkies chasing the next high, that the death and sacrifice suffered against an army we created and armed was not sufficient to satisfy their bloodlust and imperial ambitions. Thus began Operation Iraqi Freedom, which, despite removing Saddam Hussein from power, found no weapons of mass destruction, re-ignited sectarian violence and arguably led to the rise of the murderous, extremist terror group known as ISIS. 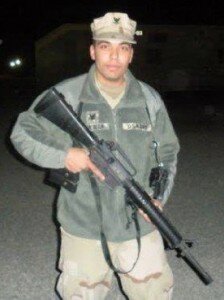 So here we stand, a decade and a half after our “war on terror” began. Combined, the wars in Afghanistan and Iraq have claimed the lives of nearly 7,000 U.S. service members and another 7,000 contractors, along with nearly a quarter of a million civilians (this is, almost certainly, a conservative estimate).

Whoever our next president is, as commander-in-chief of the armed forces, s/he will have to make some serious decisions related to foreign policy, the military and veterans’ affairs. As a veteran of the Operation Enduring Freedom/Operation Iraqi Freedom campaign, I offer three simple suggestions for our next president:

— Get out of the Middle East. Our bombing campaigns, occupations and continued military presence across the Middle East (and the world) have done nothing but breed discontent, anger, frustration and radicalism in the region. It is time to bring our forces home, where they can be trained, readied and used as they were intended: as a defense force rather than an aggressive, forward-operating imperial force engaged in perpetual war.

— Rely on diplomacy, not force. For too long, the use of force has been our nation’s first impulse — with disastrous consequences, as I’ve already noted. Smart diplomacy, as recent exchanges with Iran show, can resolve problems and disagreements peacefully. Using force is also expensive. The war on terror has thus far cost our nation more than $4 trillion. At a time when social services for our most vulnerable continue to be slashed, this is a moral travesty that cannot continue.

Let’s remember what one of our greatest military and political minds, Dwight D. Eisenhower, once said: “Every gun that is made, every warship launched, every rocket fired signifies, in the final sense, a theft from those who hunger and are not fed, those who are cold and are not clothed. This world in arms is not spending money alone. It is spending the sweat of its laborers, the genius of its scientists, the hopes of its children. The cost of one modern heavy bomber is this: a modern brick school in more than 30 cities. It is two electric power plants, each serving a town of 60,000 population. It is two fine, fully equipped hospitals. It is some 50 miles of concrete highway. We pay for a single fighter plane with a half million bushels of wheat. We pay for a single destroyer with new homes that could have housed more than 8,000 people. … This is not a way of life at all, in any true sense. Under the cloud of threatening war, it is humanity hanging from a cross of iron.”

— Take care of veterans. Our nationalist impulses begin and end, it seems, with empty slogans and facile platitudes, like when we proclaim that we “support our troops.” Politicians have, in last two decades at least, been far too eager to send young men and women into harm’s way, yet have failed to properly take care of those returning home with injuries seen and unseen.

Veterans’ suicides remain a serious problem, with an average of 22 veterans taking their own lives daily, as do instances of psychological trauma, which thanks to an overburdened VA often go untreated or undiagnosed.

Similarly, while the American public and its leaders are keen on constantly thanking the troops, they have failed to ensure that those who have sacrificed so much for their country have a job when they leave the service. In fact, veterans’ unemployment rates for recently separated/discharged veterans is, as one publication notes, “incredibly high.”

So, whoever ends up being our next president will have much to think about. Perhaps an honest reflection of the recklessness of our military campaigns in the Middle East will prompt the next commander-in-chief to make wise choices: to take care of wounded veterans rather than create more of them, to offer peaceful solutions to the world’s problems, and to begin a clear-headed, measured and incremental retreat from overseas bases, especially those in the Middle East. Rather than remain in a perpetual state of war, return our forces home to defend our nation, if necessary. 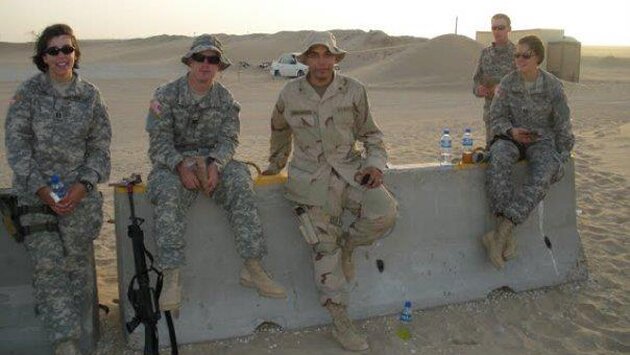 A veteran’s suggestions for our next commander-in-chief