‘Life is hard’ for immigrants on the U.S.-Mexico border

Recently, I had the opportunity to talk with a man, whom I’ll call James, from Haiti. James had recently arrived in Tijuana, Mexico, after a two-month journey that began in Brazil. He is part of a surge in migrants from around the world overwhelming officials at the San Ysidro, California, border crossing. While this phenomenon has yet to make international (or even national) news, he claimed to have been only one among thousands making the same cross-continental journey.

Before this unfolding “crisis” becomes an abstract political problem in need of an even more abstract solution, I’d like to share his story.

I met James at the Casa del Migrante (where I am living and working this summer), a shelter for migrants either trying to cross the border or deportees recently expelled from the United States. When he arrived at the Casa, James was hungry, scared and exhausted. He had spent the last few days sleeping on the open-air bridge between Tijuana and San Diego — waiting in line to be processed by American customs agents. The only food and water he had had was brought by Tijuana residents who had heard about the unprecedented gathering of more than 200 migrants from Ghana, Guinea Bissau, Ethiopia, Congo, Eritrea, Mexico and Haiti.

What brought him to the bridge? An affable and friendly man in his late 20s, James left home in early March in search of a better life. In Haiti, he had little hope. He couldn’t find work, he couldn’t go to university, and he couldn’t envision a better future for himself or his family. So he decided to come to the United States — like millions of English, Irish, Italian, German, Chinese and Japanese immigrants before him.

He spent his entire life savings on plane tickets from Haiti to Brazil and then Brazil to Peru. He took excruciatingly long bus rides through Peru, Ecuador and Colombia. He boarded a boat to Panama, where he waited a week outside the migration offices for a transit visa. He was stranded at the Costa Rican border for several days before eventually paying a smuggler who led him and his group of travelers through the Costa Rican jungle (on foot). He walked across rivers with water up to his neck in the middle of the night, holding all his belongings above his head as he searched for dry land. He spent time in a makeshift refugee camp in northern Costa Rica which, he said, was home to about 5,000 other migrants in the midst of the same journey. This camp had little food, no running water and few permanent shelters — a place where people were simply stuck. He traversed Nicaragua in fear of being shot by what he and others referred to as a police force that fired first and asked questions later. When he finally arrived in Tijuana, he had been travelling for more than two and a half months.

Unfortunately, he had no idea that he had almost zero chance of being admitted to the United States. He came to San Ysidro in search of a better life — he was emphatic that he had no political problems in his homeland. Contrary to what he was told by countless others both in Haiti and along his journey, those who arrive at America’s border without permission are only permitted to stay if they are fleeing persecution. He did not know that he would likely be returned to Haiti after spending more than two months enduring unimaginable hardships. Moreover, he did not know that he had been conned out of his life savings by smugglers (in Haiti and at various points on his journey) peddling false hope.

It was almost unbearable to watch as he read some general documents about U.S. immigration rules and regulations: he was devastated. Afterwards, we sat in silence for some time. Before walking away, he looked at me and said, “Life is hard.”

This simple sentiment is often lost amidst the cacophony of campaigns, especially when the “other” is the topic of conversation. “They” don’t deserve the same things “we” allegedly do. “They” are criminals while “we” are law-biding citizens. “They” are faceless while “we” are Americans. It’s also worth pointing out that our country has a history of greatly restricting immigration when “they” have dark skin or different Gods than “us.”

Borders may be an inevitable fact of life, but this fact is something that should be lamented rather than celebrated. We all want a better life and we all, sooner or later, recognize that life is hard. Put simply, these sentiments know no boundaries.

I have an American passport and James doesn’t; why should this entirely arbitrary result of the lottery of birth determine so much of our fate? Or, if one is religious, why should one child of God have so many opportunities while another has so few? Either way, James’ story is tragic.

What, if anything, can be done ‘fix’ this problem? One might argue that we should get rid of arbitrary boundaries altogether. While this sentiment certainly has its appeal, borders appear to be a fact of political life, at least for the foreseeable future. And if there are borders, there will continue to be stories like James’.

Thus, we are left, I think, with two choices: we can look away because it is too hard to pay attention to the incredible human costs involved in politics or we can acknowledge the inevitable tragedy of political life without succumbing to cynicism or despair. The former appears to be untenable if one believes that all humans should be afforded some sort of dignity or basic level of respect. The latter is fraught with tension, paradox and moral anguish. But political theologian Reinhold Niebuhr points out that the latter path also equips us with a sense of humility — it helps us recognize that our capacities to solve political problems are inherently limited. The knowledge is sobering. It may not inspire utopian hope, but it can, hopefully, help us recognize that easy solutions and quick fixes are usually too easy and too quick; no one single act (or person) can make everything “better.” It can help us recognize that our solutions have the potential to be worse than the problems they are intended to solve. 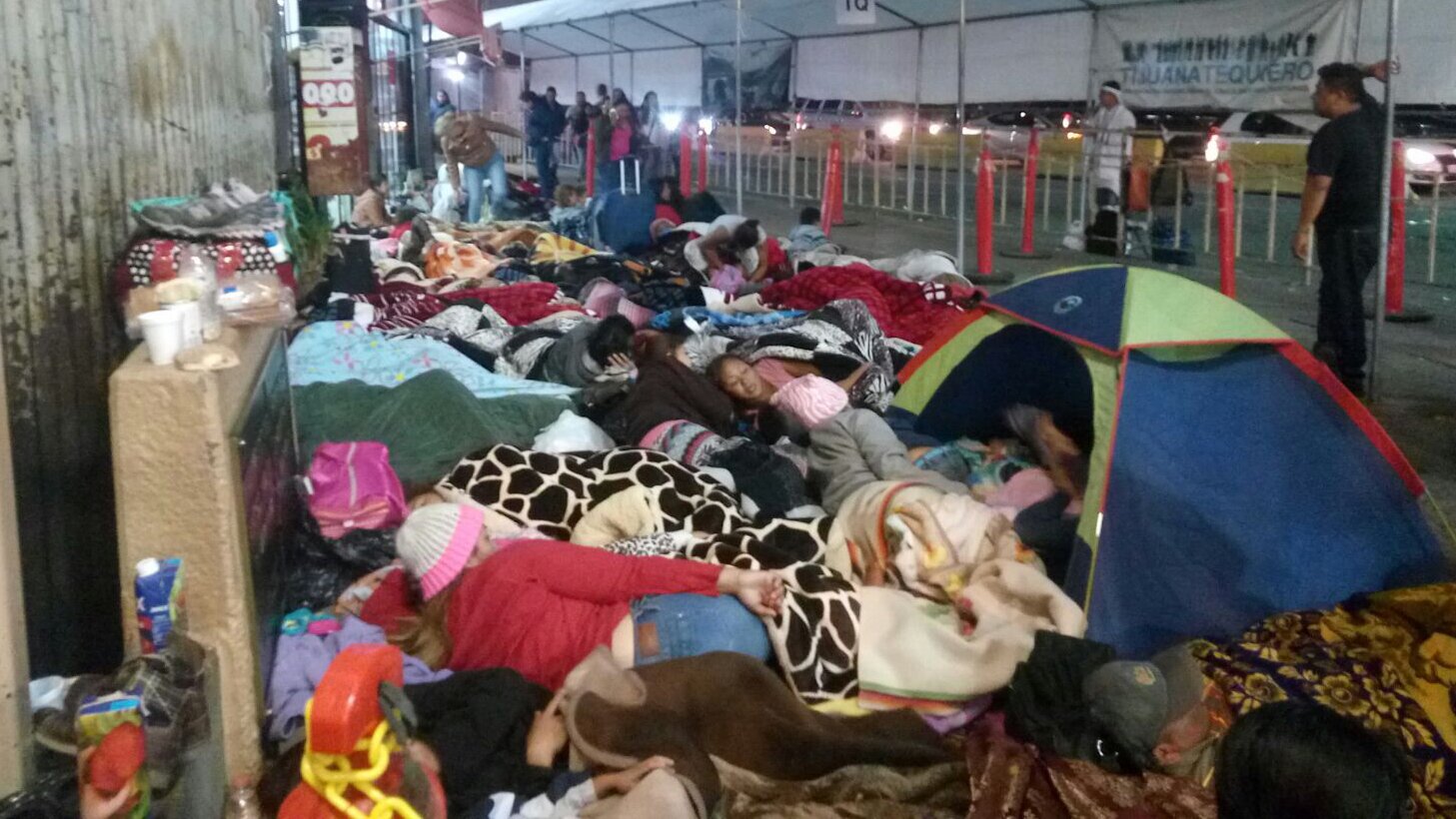 ‘Life is hard’ for immigrants on the U.S.-Mexico border