En Español si tu quieres (In Spanish if you want)

“Marco [Rubio] went on Univision (insert moment of shock here) and said that he would not rescind President Barack Obama’s executive actions on immigration.”

It is unfortunate that the candidates don’t face each other during these debates, because had Cruz seen Rubio’s face at this moment, he would have stopped. Rubio had this one just waiting in his back pocket.

“I don’t know how he knows what I said on Univision,” Rubio smirked, “because he doesn’t speak Spanish.”

Cruz’s emotions flared, as he was left to defend not just his image, but that of his father Rafael Cruz, conservative Hispanics across the country, and the American Dream.

Which translates roughly to: “Right now, say it now — in Spanish if you want.”

Cruz and Rubio are often stuck together as more palatable alternatives to Donald Trump. What many don’t realize is these two overshadowed candidates both started their political campaigns on a similar foot — and they both struggle to sync their heritage to their politics.

Both are undeniably Cuban in heritage; their parents arrived as immigrants during desperate times. Though through the timeless magic of the American Dream, the son of a preacher/bartender/insert-relatable-blue-collar-job-here has made it to the most prominent stage of all — as the poster-children for the Republican Party.

Both Cruz and Rubio have relied heavily on their family’s origin stories to sell their political campaigns. To personify his humble roots, Cruz often brandishes the story of his father, Rafael Cruz, and his plight seeking refuge from the horrific likes of Cuban dictator Fulgencio Batista. Rubio has a well-versed stump speech where he attempts to portray himself as an inspirational figure from modest beginnings delineating how his own father, another claimed refugee from Cuba, spent his nights as a bartender to provide for their family.

An issue the two disagree on significantly is immigration. Caught between a rock (GOP leadership) and a hard space (the fact there are approximately 11 million undocumented immigrants currently living in the U.S.), Rubio favors shifting to a merit-based system, attempting to straddle party lines with moderate practicality.

Cruz has swung hard against Rubio’s proposals of amnesty for noncriminal immigrants, saying he would work hard to deport undocumented immigrants currently within the United States.

The irony here lies in how the “American Dream” has become something these conservatives place so much pride in come election season, but refuse to feel obligated to extend to individuals of other Spanish-speaking countries. As shown by the Republican debate on Feb. 13, Rubio and Cruz still have pride in their heritage. But much like the blood that runs through their veins, neither will be able to shed the burden of the plight of Latinx who came before them, despite their party colors.

Speak in Spanish, if you all want.

Amy Wang, from Burke, Virginia, is a sophomore studying public policy at Duke. 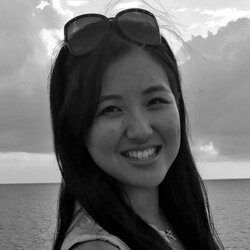 En Español si tu quieres (In Spanish if you want)