Social media and the 2016 election

Welcome to the 2015, oops, 2016 U.S. presidential race. What is your Facebook feed telling you about Donald Trump’s prospects? Is Bernie Sanders really a threat to Hillary Clinton’s campaign? Is Ben Carson in or out this week?

Social media has become one of our principal news sources. Well, they don’t actually report the news, they just act like the newsies of old and hawk the headlines on the street corners of the online worlds where we spend so much time.

Social media — the Facebook news feeds, the Twitter tweets, the Snapchat posts, the Instragram photos — will be a major part of the next presidential campaign in two ways.

The first includes the “official presence” that is part of each candidate’s publicity plan. And you can be sure they have these plans. Ever since Barack Obama’s 2008 presidential campaign, which has been touted as a prime example of a candidate’s use of technology, no candidate (at any level) is able to run for office without some social media footprint. And, at the presidential level, it is not simply desirable, it is necessary. A presidential candidate without a Twitter feed would be mocked.

While much of this online campaign activity will be targeted toward those who have already decided who to support — thus mobilizing the already mobilized through fundraising and calls to action — we should also see some mudslinging. Maybe Snapchat — that fascinating virtual flash of information — will be a great venue for snarky comments about one’s competition. Watch for some creative, perhaps edgy, memes whose real origin may not be immediately traceable.

The second way social media will have an impact is through the electorate’s personal accounts as they follow, post/repost, tweet/retweet what comes to them. While the source of some of this information flow may be the official campaigns, much of it will be from other media sources and the users themselves. Some of the most thoughtful, heated, crazy stuff will come through these postings and the subsequent exchanges in the comments sections.

We are slowly getting past the days when people believe every single piece of information they see online. But research has shown that netizens tend to read, forward and comment on things that resonate with their existing beliefs. As a recent study demonstrated, even when faced with very strong evidence that they were wrong, people found ways to justify their ideological positions and dismiss information they didn’t want to see. In other words, don’t really expect to change a friend’s mind through social media, but enjoy the verbal sparring!

While, in one sense, political information online — especially through social media — has become just a normal part of the electoral process, from another perspective it keeps things exciting.

Social media might be best understood as a political petri dish. They could produce next best cure for society’s ills. Or, more likely, they will produce the next virus (viral meme) that makes us cringe and laugh a little. We all want to see it and then we ask ourselves, “Did someone really just say that?” 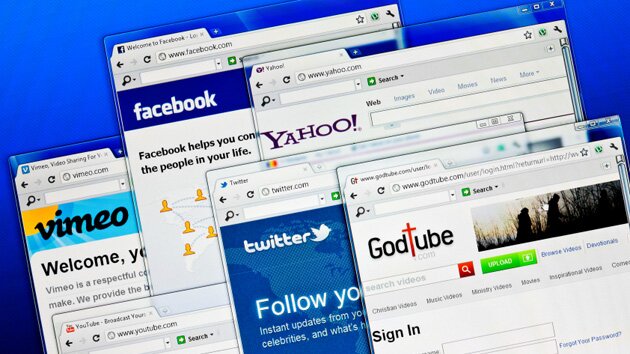 Social media and the 2016 election