On Nov. 19, at Georgetown University, Democratic candidate Bernie Sanders gave an address connecting his political philosophy of Democratic Socialism with the New Deal policies of FDR and the ideals of Martin Luther King, Jr., saying:

“What Roosevelt was stating in 1944, what Martin Luther King, Jr. stated in similar terms 20 years later and what I believe today, is that true freedom does not occur without economic security,” Sanders said.

Most Americans have at least a passing familiarity with the economic legacy of FDR via enduring New Deal programs and policies such as Social Security, the minimum wage and deposit insurance. Relatively few, though, are familiar with the economic policies advocated by King.

Today we primarily remember King as the Nobel Peace Prize-winning civil rights leader who helped win voting rights for African-Americans and integrate the South. But, in the last years of his life, King turned his attention to the economic disparities in America that he felt made the achievement of political equality ring hollow. Shortly before his death in 1968, King addressed striking sanitation workers in Memphis, saying:

“Now our struggle is for genuine equality, which means economic equality. For we know that it isn’t enough to integrate lunch counters. What does it profit a man to be able to eat at an integrated lunch counter if he doesn’t have enough money to buy a hamburger?”

King was particularly troubled by the persistent poverty in both rural and inner-city America despite the abundance of the post-war boom years. In his 1967 speech known as “The Other America,” he stated:

“In this [other] America millions of work-starved men walk the streets daily in search of jobs that do not exist… In this America people are poor by the millions. They find themselves perishing on a lonely island of poverty in the midst of a vast ocean of material prosperity.”

King believed the fundamental causes of poverty to be structural. “It’s a nice thing to say to people that you oughta lift yourself up by your own bootstraps,” he said, “but it is a cruel jest to say to a bootless man that he oughta lift himself by his own bootstraps.”

He felt the government’s “War on Poverty” to be piecemeal, orders of magnitude too small and undermined by a costly, misguided war in Vietnam. Moreover, in his 1967 book “Where Do We Go From Here: Chaos or Community?”, King criticized the “War on Poverty” approach for failing to get to the heart of the issue writing:

“The programs of the past all have another common failing — they are indirect. Each seeks to solve poverty by first solving something else… We are likely to find that the problems of housing and education, instead of preceding the elimination of poverty, will themselves be affected if poverty is first abolished.”

King’s preferred approach to fighting poverty was to stamp it out directly by either guaranteeing a job at a livable wage or providing an income above subsistence level for all Americans in need. “We must create full employment or we must create incomes,” King wrote. “People must be made consumers by one method or the other.”

King recognized that the churning American economy meant jobs were constantly being created and destroyed with no assurance that the net result would be a job at a livable wage for everyone who wanted work — particularly for minorities and those with less education. King advocated ongoing New Deal-style programs that would ensure full employment.

It is seldom remembered that the 1963 March on Washington where King delivered his famous “I Have a Dream” speech was originally organized as a “March on Washington for Jobs and Freedom.” In a 1965 interview, King said, “We must develop a federal program of public works, retraining, and jobs for all.” He later wrote, “New forms of work that enhance the social good will have to be devised for those for whom traditional jobs are not available.”

However, King understood that politically, New Deal-style jobs programs might be unworkable and saw a guaranteed income as a simpler alternative with broader political support.

“Now one of the answers it seems to me,” he said in 1967, “is a guaranteed annual income, a guaranteed minimum income for all people, and for all families of our country… and this is something which I believe will go a long, long way toward dealing with the Negro’s economic problems and the economic problems which many other poor people confront in our nation.”

Both King and conservative policy makers agreed that an appealing aspect of the guaranteed income approach was it eliminated the paternalism inherent in traditional welfare schemes.

“The dignity of the individual will flourish when the decisions concerning his life are in his own hands, when he has the assurance that his income is stable and certain, and when he knows he has the means to seek self-improvement,” King wrote.

Shortly after King’s death, a modest version of a guaranteed income proposed by President Richard Nixon was nearly passed into law.

Today, nearly 50 years after King’s death, the economic landscape of the “other America” looks much the same as it did then: Impoverished inner cities and rural regions, not enough jobs with livable wages and piecemeal social safety net programs.

What’s changed is that since King’s day, globalization, automation and the Great Recession have eroded much of the economic security of the middle class as well. Perhaps this is why there is now a renewed interest in King’s direct approaches to ameliorating poverty and providing economic security.

A number of economists in the Keynesian tradition- – including Duke’s own William Darity in the Sanford School of Public Policy — have called for a permanent federal jobs program. In Europe and Canada there is growing momentum for a guaranteed income (a so-called “basic income”) with pilot studies planned for Finland and the Netherlands.

To be sure, there are critics of King’s direct approaches — some worry they will prove too costly or wasteful, others fret they will discourage work — but increasingly there is an awareness that a different approach is needed and perhaps has been long overdue.

David Winski, from Chicago, is a Ph.D. candidate in Computational Biology and Bioinformatics at Duke. 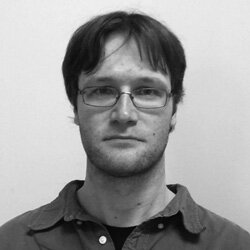