An up-close view of the election

What would we think of Duke if we attended college somewhere else? Nobel Prize in chemistry, racial tensions, men’s basketball, a call to prayer at the Chapel. Sensationalist headlines dominate the public’s image of Duke.

Yet, the “bubble” applies both ways. Many Duke students may express their opposition to the modern political and socioeconomic “establishment,” but in reality the distancing of Duke’s campus from the establishment seems not too distant. Although we see no homeless on campus, how many do we see across Durham streets? How often do we read about the poverty that plagues the Durham area? Or the many shootings and robberies in our city? Despite what Duke students may be telling themselves, many have accepted the opaque separation between Duke and Durham, and thus have virtually become part of the establishment.

We have seen a similar effect between politics and Washington, D.C. We as Americans are witnessing a historic race for the presidency — The “Feel the Bern” and Trump phenomenons, the “bomb the s*** out of them” and “carpet bomb into oblivion” remarks. But as students in the Sanford School of Public Policy’s Duke in DC program, a different side of government appears. The pundits, the soundbites, the House of Cards seem a far cry from reality.

While in Washington, we are interning for different players in the political system: lobbying firms, the White House, the House of Representatives, executive agencies, non-profits and national campaign organizations. Despite differing goals and roles in the policy process, one theme remains ubiquitous: These people deserve far more credit than Americans offer them. Despite long hours, low pay and arguably more attractive opportunities, we find, time and time again, that most policymakers and political actors genuinely care about improving the lives of Americans across this great country.

That said, the American people’s skepticism is not unfounded. Even though everyday people can’t see the inner-workings of government, many government officials fail to see the inner-workings of American life. This concept is no clearer than in the nation’s capital itself. On the way to our internships each morning, most of us walk through parks with more homeless than children and gentrified areas with more Whole Foods than gas stations. In some ways, while we witness one of the most anti-establishment presidential elections in American history, DC’s federal bureaucracy is the embodiment of a disconnected establishment.

With each election, with each graduating class, the landscape of DC and Duke has opportunities for change. As time goes on, we should expect more from our campaigns, more from our university and more from ourselves in breaking down the barriers between reality and perception. 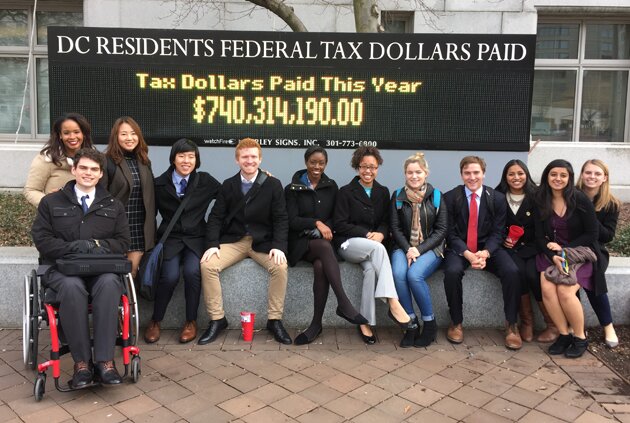