With politics and family, it’s complicated

Whenever I head home for the holidays, a certain scene from the movie “Ratatouille” comes to mind. The film centers around Remy, a rat trying to make it as a haute cuisine chef in Paris, a dream that continually frustrates and confounds his family. Torn between his family’s thieving ways and his principles, Remy tries to justify his own enabling behavior to himself: “It’s complicated. It’s family. They don’t have your ideals.”

Too true, I thought glumly when I first saw the scene. I was all too familiar with that particular sentiment. Talking about politics with my parents is a risky endeavor at best and more likely than not to start a fight. My family and I are on opposite ends of the political spectrum on nearly every major talking point: health care, gay marriage, Planned Parenthood and police brutality as just a few examples. Much of the time, I try to avoid even remotely controversial issues to circumvent the problem altogether.

I know that I am hardly alone in this. I’ve commiserated with my friends often enough to know that many families have differences in political opinion, and the ideological split frequently falls along age differences. Although political ideology is far more complicated than young/old equals liberal/conservative, there does appear to be something of a trend. Mine is certainly not the first generation to experience stark differences in political ideology with the previous generation.

Normally, political debates don’t bother me overly much. I can log out of Facebook, shake my head and move on. Family, however, is different; to paraphrase Remy, family complicates matters. As a Chinese-American, I already experience a certain disconnect between my family’s cultural values and my own ideals. As a result, I am often loath to introduce yet another divisive element to my relationship with my family. I often struggle to balance this with my desire to remain true to my beliefs.

In the end, I have no solid conclusion, no wise advice to share, just as there is often no easy resolution in our political process. For the most part, my parents and I have reached an uneasy truce, punctuated sometimes by Fox News or Donald Trump’s tirades on the television. I can only offer up this tiny moment from break — my mother and I, driving together to the mall together for last-minute Christmas shopping, discussing the relative merits of each presidential candidate and chatting about the results of our local election. As it turns out, we voted for the same candidate.

Politics is often about meeting each other in the middle. I believe they call that progress. 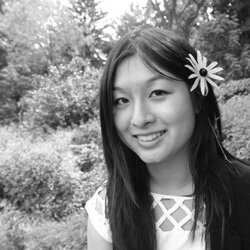