Things We Lost in the War (on Women)

You do not need to pay very close attention to the 2016 presidential election campaign to know that women’s issues are front and center. Democrats, with Hillary Clinton the likely nominee, are viewed as the champions of women’s rights, while Republicans continue to battle the image that their policies are akin to a “war on women.”

But this clear delineation between the parties on women’s issues is a modern political development. In the 1960s and 1970s, the parties’ delegations moved to support similar positions on women’s rights, and by 1972 feminist concerns permeated both Republican and Democratic Party platforms. This bipartisanship on women’s issues led to collaboration on important feminist policies such as the Equal Rights Amendment in the 1970s.

While Republican Party members have done little to refute Democrats’ claim that they are waging a war on women, the political gains made by promoting this narrative undermines constructive cross-party debate on policy issues.

One historically bipartisan issue — ending violence against women — illustrates the cost of this current divide. In 1994, following decades of impressive work by survivors and feminist activists, then Sen. Joe Biden oversaw the passage of The Violence Against Women Act (VAWA). This legislation established both federal funding as well as specific programs to make it easier for victims of gender violence to access legal assistance and shelters. The bill held powerful bipartisan support and was re-enacted in 2000 under President Bill Clinton and again in 2006 under President George W. Bush.

But in 2012, the cross-party collaboration disintegrated as Republican members of Congress opposed the reauthorization of the bill. This opposition prompted Democratic Sen. Dianne Feinstein to lament, “I was stunned by this vote because never before had there been any controversy in all of more than a decade and a half, in all of this time about this bill.”

As a student of policy addressing violence against women, I am intimately aware of the limitations of existing data for programs funded by the VAWA. However, as Feinstein’s comment illustrates, any Republican obstruction on a women’s issue fits perfectly into the Democrats’ political narrative. Instead of promoting further debate about the issue, the Democrats’ emphasis remained on Republicans’ war on women.

Such divisive party politics around women’s issues makes it is difficult to engage in an honest debate about the success and disappointments in feminist policy. This state of affairs compromises the basic promise of our democracy: Citizens should be informed about public policy options. When one party has a monopoly on a broad range of issues, we may concede the clarity that comes with discussing an issue with those who don’t always agree with us.

Certainly, given the Republicans’ track record of attacking women’s equity policy, it is easy to assume their obstruction is a cover for a broader anti-feminist mission. However, it is important we not forget the value of discussing issues across the ideological divide. No one has a monopoly on truth, and without debate we may inadvertently reject policy change we need. 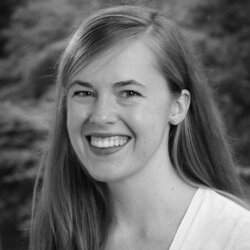 Sierra Smucker, from Los Angeles, is a Ph.D. student at Duke’s Sanford School of Public Policy. She studies how policy design can influence citizens’ political engagement and is particularly interested in policy addressing violence against women.