Donald Trump apparently believes that because he is rich and powerful, he is entitled to grope women without consequence. Described in media outlets as “lewd,” the recent leak of his hot-mic conversation with (the similarly despicable) Billy Bush is beyond lewd; it is disgusting, infuriating and criminal. It is, in fact, a description of sexual assault.

It is also yet another disturbing development in a pattern of horrors that have dominated his disturbing campaign and public life. Worse, however, it is a reminder of the disturbing persistence of rape and harassment culture that women every single day are forced to live with, of the sad reality that although Trump may soon go away, the culture he has empowered and nurtured will remain.

A few weeks ago, as I was leaving graduate campout at 2 a.m. after a few hours of volunteering for the safety squad, I became keenly aware of just how unfair the world we inhabit is to women. A few of the conversations I had with those in attendance reminded me of the many stories I’ve heard from women friends, colleagues and loved ones about the dread of being out alone at night; to the constant worry of being assaulted, harassed or mistreated in places public and private; and to the difficulty of simply existing in a society that constantly disrespects them, devalues them and perpetrates violence against them.

As I made my way through campus that evening in the dead of night, I pondered on my own privilege as a man, on the fact that whether alone or in the company of others, whether at midday or midnight, I generally feel safe and never bothered or objectified. I never have to worry about my safety — or my dignity — in the course of my daily life. And yet half the population does.

Since people still deny the persistence — sometimes the very existence — of rape culture, the fact that a presidential candidate can brag about groping women with impunity and still retain massive support from voters and endorsers (yes, some, but not nearly enough, have jumped ship), perhaps this episode should clarify things.

Of course, in acknowledging the prevalence of rape culture, we should take care not to normalize it. Trump’s downplaying of his braggadocios filth as mere “locker room talk,” however, is an effort to do just that. But as journalist Shaun King has pointed out, this type of behavior is not something any respectable man ever engages in. Countless athletes, in fact, have courageously denounced this characterization and insisted that this is not the kind of thing they allow or find acceptable in the locker room — or anywhere else.

My female loved ones, friends and colleagues routinely express being harassed, verbally and otherwise, both by men in positions of authority — politicians, bosses, advisers, coaches — and by men with no authority at all. Human decency demands that men everywhere stand up, forcefully and loudly, against rape and harassment culture and those who perpetrate it.

We must be part of the solution, or we should be judged to be part of the problem. The task of effecting change should not fall only on women — though some women, like too many men, still encourage this “boys will be boys” attitude. If every man, along with every woman in this country, stood up against this kind of behavior, not only would the electoral map look different, but so would our entire society.

Eladio Bobadilla, from Durham, N.C., is a Ph.D. student in Duke’s history department. 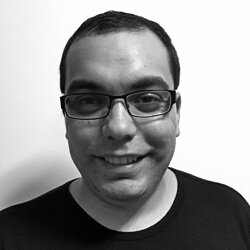