In President Obama’s final State of the Union address, he laid out a grand map for the future, full of optimism and charged with vivacity, like most near-lame duck presidents do. He disparaged climate change deniers by likening them to Sputnik deniers. He called for the harnessing of America’s unrelenting “spirit of discovery and innovation.” And, most famously, he set his sights on a cure for cancer.

These allusions are built for the sake of legacy, rarely amounting to more than that. This was Obama’s attempt to mimic Kennedy’s moon shot. As a student of science policy, it’s easy to dismiss every word politicians utter on the subject as rhetorical and hyperbolic.

But one theme stuck out: The future Is now.

Sure, it’s a tired cliché, but that doesn’t make it any less valuable. Obama is right — science and technology have never been more omnipresent than they are now. Let’s take CRISPR as an example: the science fiction of gene editing is now science fact. Even seemingly non-scientific subjects, like gun control, are now steeped with statistics and scientific assessments. Fit bits, electric cars, mobile health; science and technology are everywhere and the future IS now.

The picture Obama paints is annoyingly opaque, and aside from intentionally vitriolic references to climate change, absurdly non-controversial. Who in their right (or left) mind would disagree that curing cancer is a noble pursuit? Or that we must reignite the innovative fire inside the American Dream?

Yet the truth is science and technology policy is one of the most ground-shaking and politically divisive issues to surface because it is an attempt to embrace something speeding out of our hands. And because its implications rattle American values, on both sides of the aisle, to the very core.

And it’s time we start talking about this. Unlike economic and social issues, Americans don’t align on these axes when it comes to science and technology. Often dubbed the biopolitical spectrum, these issues split along different lines: those in opposition or wary of new technology, bioconservatives, composed of those on the far left and the far right; and technoprogressives, composed of right-leaning and left-leaning centrists who generally support the integration of technology into our lives. This political realignment has the potential to reconfigure our entire political system — and the future of humanity.

This is why I propose a presidential debate oriented around science and technology, so we have a forum to bring these topics to the forefront of political discourse. I’m not the first to come up with this idea; in fact, there’s a whole organization donated to this cause, sciencedebate.org. Since we have debates themed toward the economy and foreign affairs, let’s put science and technology in the limelight, too.

Sean Riley, from Las Vegas, is a master’s candidate in bioethics and science policy at Duke. 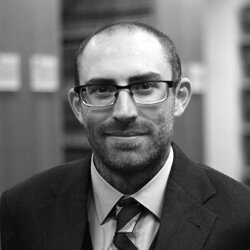 Sean Riley, from Las Vegas, is a Master's candidate in Bioethics and Science Policy at Duke.