The 2016 presidential contest is a little more than a year away and with it will come huge repercussions for domestic and foreign affairs. Politicians on either side of the aisle are presenting diametrically opposing points of view and the time is ripe for a robust national dialogue on the merits of these policy proposals, as well as their implications for the American public.

Notwithstanding, the mainstream media consistently gravitates toward the irresponsible – devoting huge airtime to nonsense candidates and their debauchery rather than focusing in on exactly what their policy proposals would mean for the everyday citizen.

Indeed, according to a recent CNN analysis of summertime primetime news coverage, Donald Trump received more than four times the total amount of coverage as compared to that received by his best-known opponent, Jeb Bush. And, every minute discussing the media circus around Trump, Inc. is another wasted opportunity to discuss the serious implications of his and other politicians’ policy proposals.

The mainstream media must assume responsibility for the growing lack of seriousness in American politics. Instead of focusing on substantive debate or providing a constant stream of facts to the American public, the media is guilty of supercharging the ugly culture wars that are further alienating our society and making it harder for reasonable people to find common ground. A 2013 article from the American Review of Political Scientists highlights this reality, stating that “when given a choice between news reports with different (expected) partisan slant, [Americans viewers] gravitate toward like-minded news.”

Of course, the inevitable response to this line of reasoning is that the media is just “giving the American public what it wants.” Supply and demand – it’s just that simple. That’s right, but the media’s constant supply of political quasi-celebrity gossip and tendency to highlight the very worst and most hateful examples of free speech are stoking a vicious cycle of mistrust that is undermining the core values of peace, love and brotherhood that we as Americans should hold dear.

At best, the media has the capacity to inform, to shape public debate in a thoughtful manner, and to serve as an arbiter of what is responsible and worthy discourse. At worst, the media can skew toward censorship or, on the opposite side of the spectrum, toward a free-for-all of unrestrained, demand-driven garbage that neither informs nor serves the long-term interests of the American public.

The U.S. Department of State acknowledges the critical importance of responsible media, stating “the information the media provide is just as critical for intelligent economic and personal decisions as for good political choices.” The irony, of course, is that this State Department publication, titled “Seeking Free and Responsible Media,” is aimed at promoting and assisting “development of responsible media abroad.”

Unfortunately, our own standards for a responsible media are no model for others. America’s media must bear responsibility for its lack of restraint and common-sense arbitration of what is germane public discourse and what is tabloid fodder. The future of our society is, in no small way, dependent on the information we consume. 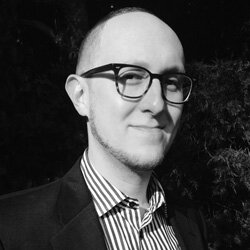 Geoff Hamlyn, from El Paso, is a master of public policy candidate at Duke.