The fall of Chris Christie

Low poll numbers and a demotion to the recent “undercard” debate suggest Chris Christie’s presidential campaign is in serious jeopardy. That ultimately begs the question, what happened to a red governor of a blue state once among the “front ranks” of Republican presidential contenders? What has changed since his landslide re-election?

A lot, actually. Chris Christie in 2015 is not the Chris Christie of 2013. Two years ago, at his re-election party, he said “I’m not going to be giving these soundbite-type of answers.” Now, soundbites are part of his shtick. At the October 28 debate, he referred to the group of Democratic presidential candidates as one consisting of “a socialist, an isolationist and a pessimist,” and that Hillary Clinton “won’t get within 10 miles of the White House” if he is nominated.

He has gone from embracing federal aid from Barack Obama following Superstorm Sandy and hugging him in a spirit of bipartisanship to shunning him and calling him a liar. The humble middle-class upbringing he mentioned in his 2012 Republican National Convention keynote address is nowhere to be found; he is the fifth highest paid governor in the nation and refuses to take a pay cut or forgo his salary as other governors have done. While his campaign slogan is “Telling It Like It is,” his commitment to honesty leaves much to be desired.

The man has changed as much as the circumstances around him. In 2012 and 2013, it was a good time to be a Republican in the Obama economy, and it was easy to point to an inability to recover at rates similar to Ronald Reagan’s recovery in the 1980s. New Jersey was hit particularly hard by the recession, not helped by Gov. Jon Corzine’s mismanagement of the budget. Back then, it was still acceptable to blame the struggling New Jersey economy on Obama or a feckless Corzine. Fast-forward to 2015, and New Jersey’s economy still lags in overall economic growth, business-friendliness and unemployment. Unlike neighboring Pennsylvania and New York, it has yet to recover all the jobs lost in the recession.

Most importantly, Christie has lost his appeal. He is no longer the honest fighter for the middle class, but an oversimplifying bloviator who cares more presidential politics than he does about solving problems. The George Washington Bridge scandal surely hasn’t helped, with a recent poll showing 69 percent of New Jersey residents do not think the governor has been “completely honest” about the lane closures at Fort Lee.

Christie fails a lesson of Teddy Roosevelt: “Speak softly, and carry a big stick.” His town-hall meetings that once caught attention for their matter-of-fact bluntness are now routine, except they are more common in the primary hotspot of New Hampshire than in New Jersey. Maybe the town-hall meetings have a greater effect in the former than in the latter. While 61% of New Jersey voters want him to quit the race and he is polling in fourth place among New Jersey Republicans, he recently picked up an endorsement from New Hampshire’s most influential newspaper. Maybe New Hampshirites just haven’t seen Christie on the job as opposed to Christie on the campaign trail. 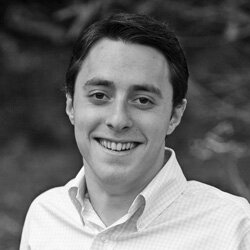