Set in the not too distant future, Michel Houellebecq’s dystopian book “Submission” depicts a contested presidential that’s beyond belief. After rejecting two of the more moderate political parties, French voters ultimately elect a representative of the fictional Islamic party to the presidency, defeating (the real) Marine Le Pen of the extremist National Front. The novel then tells the story of how a middling academic navigates the political and ideological forces shaping the world around him.

Houellebecq’s work is certainly incendiary; yet I finished the novel feeling at ease, comforted by the thought that at least in American electoral politics, even in today’s chaotic race, ultimately we elect a representative from the two major parties. Of course there are the occasional third-party challenges from the Libertarian and Green parties, but nothing so serious to warrant much attention.

But that would all change if Michael Bloomberg, a former New York City mayor and billionaire businessman, pursues a presidential bid. Bloomberg has announced he’d be willing to spend $1 billion of his own personal fortune to finance his campaign, should he decide to run. To put this amount of money into perspective, that is more than the entire Obama campaign spent in the 2012 election.

Independent candidates have never done particularly well in presidential elections. With the exceptions of Martin Van Buren and Millard Fillmore, no candidate has ever taken the nation’s highest office without the backing of a major national party. Even Theodore Roosevelt, a Republican when elected president, was unable to overcome the unique challenges of an independent candidacy when he left the Republican Party to run against his successor, William Taft (the resulting Bull Moose Party functioned essentially as Roosevelt’s own political party).

Yet, Bloomberg may have reason to predict better prospects. A recent Gallup poll found that 42 percent of voters identify as independent. While this poll also demonstrates that only 12 percent refrained from voting for either Obama or Romney in 2012, this refusal to label oneself as a member of either major political party might be emblematic of a wide dissatisfaction of the current political system.

Indeed, this line of thinking seems to have some weight when one considers that political outsiders are being given serious consideration in both major parties. Perhaps, if Bloomberg could position himself above the party system, and as a more rational agent between two extremes, he might just have the potential to attain the presidency.

Still there are a number of problems that would likely reduce the likelihood of a Bloomberg presidency. For example, should more traditional candidates, like Hillary Clinton and Marco Rubio, secure their respective nominations, it is difficult to imagine a niche within the electorate that Bloomberg could carve out for himself.

Moreover, Bloomberg does not necessarily enjoy widespread popularity. Indeed, many are unsure of how to evaluate his certainly dynamic administration in New York City. Others are turned off by a perceived elitism that could prove to be detrimental in an election that is rejecting so much of more traditional politics.

Finally, the (mostly) winner-take-all nature of the Electoral College makes it unlikely that even a competitive independent candidate could compete with two party-backed candidates and receive the necessary 270 votes required to become president.

Even so, I don’t think it would be fair to entirely discount Bloomberg’s chances quite yet. Certainly, the promise of a $1 billion campaign is nothing to shrug off. We’ve seen time and again that money matters in campaigns, and those who spend the most, for better or for worse, often end up in office.

Bloomberg has given himself until early March to determine whether or not he would pursue a presidential campaign. Many of the current candidates have either shrugged off or welcomed a Bloomberg run, clearly not worried about any potential threat it may bring.

One thing is certain — a Bloomberg candidacy would add another layer to a presidential race that is quickly becoming more complicated than even Houellebecq’s dystopia.

Aidan Coleman, from Hulmeville, Pennsylvania, is a senior studying Public Policy, Economics, and Ethics at Duke. 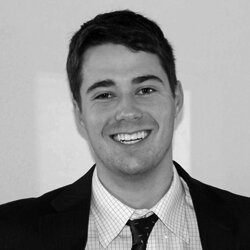