Free healthcare for all – when?

During my freshman year, I woke up with a dull ache in my chest and felt out of breath. I was particularly concerned because I suffer from asthma and worried that I was going to have an attack.

I called Duke Hospital and spoke with a nurse, who upon hearing my symptoms told me to go to the emergency department. When I arrived, the ED was packed and I proceeded to wait my turn. I got called in pretty quickly and was relieved that I was going to be fine. But the doctor said I would need further tests to figure out the source of the pain. He casually added that my estimated wait time would be 8 hours.

At first, it didn’t register. I thought that maybe she had gotten it wrong and went back to the waiting room, expecting to be gone within an hour. After all, in my home country of Mauritius, the most I’ve ever waited in the hospital was about two hours and I thought to myself: “This is the emergency department. Surely that can’t be a reasonable estimate.”

Unfortunately, the estimate was correct. And, despite being covered by the Duke plan, I was still expected to contribute $200, which at home would have covered three complete blood works from the most expensive private clinic.

This experience got me interested in finding out the causes of the seeming inefficiency and high cost of the care. It didn’t take long for me to learn about the high proportion of non-insured American citizens who flood emergency departments. At first I was baffled. How was a tiny country like my own — a very young independent nation — somehow be able to make healthcare free for its entire populace, while the U.S. lagged behind in terms of access to healthcare.

With the Affordable Care Act (ACA) getting more, but not all U.S. citizens insured, I decided to take a look at the major 2016 election candidates and see what they have in mind concerning healthcare.

Hillary Clinton says she favors maintaining current policies in healthcare, including Medicare, Medicaid and the ACA, while fine-tuning the system to improve access to affordable healthcare for more people.

Bernie Sanders supports a single-payer plan to provide “healthcare to all people as a right” and the healthcare system would be entirely government-run.

The major stumbling block of this plan is there would obviously be a sharp increase in taxes, that Sanders himself admitted would need to come from more than just the Top 1 percent of Americans.

In the Republican camp, all candidates unanimously want to get rid of President Obama’s health care law, with a push in cuts on Medicaid as well. They would also be in favor of states-specific systems.

In Mauritius, health care is completely free, but the quality of the service is sometimes an issue. Because the whole system is funded by tax money, there is a real stretch in resources and general job satisfaction for doctors and nurses is low, as most of them feel underpaid.

In recent years, this has led to wealthier people purchasing insurance to get treated in private clinics, further reinforcing the view that public hospitals are viable only for the lower strata of the population.

I think the U.S. should consider adopting a similar system (along the lines of what Sanders proposes), but one that addresses the issues that arose in Mauritius.

I will be following the health care debate closely during this election, as it will help define what kind of society America wants to be. 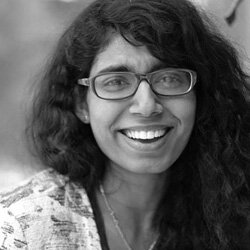