Native-Americans are not invisible

I am full Navajo. My parents moved off of the reservation to Phoenix, Arizona, so I could have a better life. My parents knew there was nothing for me on the reservation. Eighty percent of Native-Americans end up doing the same thing.

But even though I grew up away from the reservation, I have seen the problems that exist there first-hand. I have a very close relationship with my grandmother, who lives on the Navajo reservation in a place called Whippoorwill, Arizona, and I spent my summers with her. She is the strongest woman I know. She has calloused hands because she cooks food for our family, chops wood outside, feeds her sheep, cleans the house and weaves traditional Navajo rugs, all day long. Nothing can stop her.

Not surprisingly, life on the reservations is rough. Those Natives who live on the reservation face difficult issues every day. Something as simple as buying groceries, doing laundry, or mailing a letter, are challenges for some Native people. Twenty-six percent of all Native-Americans live in poverty.

Poverty is a common thing for the Native community, a direct result of the strikingly high unemployment rate of 11 percent, double the national average. High levels of poverty and unemployment contribute to a poor education system. Higher education can seem unattainable for many Native students, and high school drop-out rates for Native-Americans hover around 11 percent, the second highest-rate among races.

These are pressing issues that threaten Native people’s way of life. With the facts given, wouldn’t you think that somebody, somewhere should be doing something about it? I do.

Yet, Native-American issues have blatantly been ignored by the federal government. This may be due to the fact that Native people are not a priority for politicians. They comprised only about 2 percent of the total U.S. population in 2013, which means there is not much incentive for the politicians to address these issues. Being that the native population is so small, why would they waste time and money trying to appeal to us?

A member of the Alaskan tribal council, Malia Villegas, explained, “A lot of the time we’re not included in these national policy discussions and dialogues and so it’s difficult to begin to get the attention that’s needed on our community issues.”

Native-Americans like my grandmother should not be invisible, and issues like poverty, stress and unemployment that plague all Native people should not be ignored.

When I visit my family on the reservation, I see the disparities and I want to change them. Although the problems may seem unconquerable, they are not. Native people are resilient and strong. The key to improving life on the reservation is to raise awareness about the issues facing Native people so that those in power take notice and act. 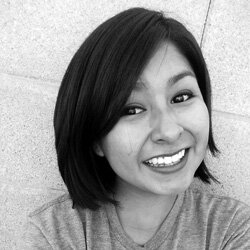