Manufactured excitement for the Democratic debate

Durham, NC –
“Hillary Clinton. Bernie Sanders. Face to Face. O’Malley-Webb-Chaffee. On the same stage, for the first time,” the debate-promo-turned-movie-trailer shouted. And in that moment, with dramatic war drums beating and black-and-white photos of the first-named frontrunners poised on opposite sides of my screen as if ready to pounce, I knew the first Democratic debate would be largely unremarkable.

With no Trump to boost viewership and/or to insult everyone on stage, CNN was left to manufacture excitement to grab the viewer’s wandering eye. By leaving an extra podium in the wings, the network played into Joe Biden’s “will he or won’t he” narrative and implied that maybe the vice president would make a decision in time to participate. Unfortunately for CNN’s ratings (but perhaps fortunately for the other candidates), Biden did not make an appearance.

Although the debate was not as exciting as its promotional ads were, there were many entertaining moments – and the ads were honest in some respects. It was true that this was the first time the two front-runners shared the stage with lesser-known candidates: the stoic enigma that is former Sen. Jim Webb (who recently dropped out of the race), the hokey but lovable former Warwick Mayor/Republican Senator/Democratic Governor Lincoln Chaffee (who also has exited the race), and the calm and collected former Maryland Gov. Martin O’Malley.

These three “new” characters did give us something shiny to look at, but this debate quickly proved that sometimes it is the debate moderator, not its participants, who makes the show interesting. And in this case, moderator Anderson Cooper went straight for each candidate’s jugular. He was ruthless. He was impartial. It was beautiful.

The first round of personalized questions made for great television, but were the types of questions the candidates no doubt rehearsed more than any others. Clinton was asked if her shifting views were the result of political expediency. Sanders was asked about his definition of “Democratic Socialism” and if he could realistically win a general election. Chaffee was asked about his party affiliation switches. Webb was asked if he was a “real” Democrat given his not-so-progressive comments on affirmative action (among other things). And O’Malley, the former mayor of Baltimore, was asked if that city was falling apart because of his “failed policies.” The answers were predictable, but it was entertaining to see the candidates flounder for a minute so early on.

It wasn’t until a question on gun control that the candidates regained control of their own show. The NRA scores for the five candidates ranged from A- (Webb) to F (Clinton and O’Malley) with the ultra-liberal Sanders at a (still “failing”) D-. Clinton was quick to point out Sanders’ less-than-liberal votes on gun control, while O’Malley came away unscathed as the most vocally anti-gun candidate on stage.

O’Malley and Sanders later teamed up against Clinton to attack big banks and push for a reinstatement of the Glass-Steagall Act, which they insisted would be stronger than Clinton’s regulation proposals. As the senator from New York, Clinton admitted she “represented Wall Street,” a mini-gaffe that, although true, made her look more sympathetic to big bankers than she had hoped.

Another memorable moment occurred when Sanders dialed his cantankerousness up a few notches and said the American people “are tired of hearing about [Clinton’s] damn emails.” The applause after this statement was the loudest of the night – and was no doubt for Sanders alone. In that moment and throughout the debate, Sanders chopped and jabbed while others minced, and the crowd (and post-debate polls) loved his brutal honesty.

Clinton ramped up her passion when necessary, reading the crowd skillfully. Pundits were surprised Clinton performed so well, a statement which surprised me. She has been in the public eye almost non-stop since ’92 – of course, she is a strong performer and orator – but I do not believe she “won” this debate.

O’Malley made up for his previous lack of airtime with a strong overall performance, especially in his closing comments. Unfortunately, some of the post-debate chatter online was about his All-American good looks, not his gun control and clean energy bona fides.

Chaffee set himself apart, oddly, by defending NSA leaker Edward Snowden and attempting to shrug off his vote against the restoration of Glass-Steagall regulations. The unpredictable Webb set himself apart by saying he killed a man and acting as though he was auditioning for the position of Secretary of War. It was nice getting to know you, Mr. Webb.

With the first Democratic debate behind us and some new knowledge about their differences in mind, I look forward to the next installment of this race to be the honored guest at the DNC Convention next July. I’ll grab the popcorn. 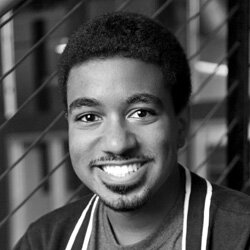