In the second Republican presidential debate, candidate Carly Fiorina joined the majority of her peers in saying that if elected president, she would not allow federal-level changes to existing marijuana laws. In explaining her position, she suggested that marijuana was more dangerous than alcohol.

This is false. Not only have myriad scientific studies shown that marijuana is significantly safer than alcohol, but any close examination of the relevant statistics will bear out this reality. For example, there are 88,000 alcohol-related deaths in the United States every year, including 2,200 deaths from alcohol poisoning.

Meanwhile, on the federal level, marijuana is still classified as a Schedule I drug. This is the highest level of drug classification and means that legally marijuana is considered more dangerous than schedule two drugs like cocaine and crystal meth.

The consequences of our misguided and heavy-handed approach to drug regulation are well documented. Annually, our federal government spends more than $50 billion to combat the sell and use of illegal drugs. In 2013 alone, 1.5 million people were arrested on nonviolent drug charges, and over more than 600,000 of those people were arrested for marijuana possession only. Many people know that the U.S. has the ignominious distinction of the highest incarceration rate on earth, but fewer people consider that more than 200,000 American college students have lost eligibility for federal financial aid because of a drug conviction.

The economic and human costs of the Drug War have been substantial, but there is mounting evidence that successful reform is possible.

I was living in Colorado in 2013 when voters approved a constitutional amendment to legalize marijuana. While cultural momentum was clearly on the side of reform, legalization was far from an inevitability. Even Democratic Gov. John Hickenlooper, a man who began his professional life as a beer brewer, stood adamantly against what he called a “reckless” legalization campaign.

This summer, Hickenlooper admitted he was wrong. Since legalization, Colorado has raised $60 million in revenue from marijuana taxes. Crime rates are down, and prescription drug overdoses have dropped by 25 percent.

When we talk about our federal drug policy, we’re talking about an issue that is central to public health, criminal justice and our national budget. This makes it imperative that the conversation is both honest and fact-based. When politicians like Fiorina make assertions that are completely divorced from reality, they are fueling the same irrational and reactionary fears that have guided drug policy for decades.

There is growing and relatively bipartisan momentum behind smarter, more comprehensive and less draconian drug laws. The failures of the Drug War and the successful implementation of new laws in states like Colorado provide a road map forward. However, if reform is to become a reality, then it is the responsibility of our political leadership to engage the public in a debate based in fact, not fear. 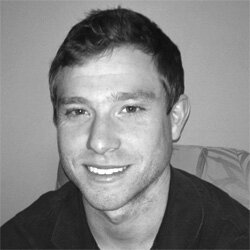 Tyler Gamble, from Ashe County, N.C., is a master’s in public policy candidate at Duke’s Sanford School of Public Policy