Last week, Donald Trump did the unthinkable. Okay, not unthinkable. When he called for an absolute ban on immigration of Muslims to the United States, I was hardly surprised. The only thing that was surprising was how we found ourselves here in the first place.

In July, Trump joining the presidential race was largely seen as some form of a dark practical joke, as every one of my Democrat friends hardly could contain their smiles at the mention of his name. Today, the situation is something different entirely. Trump has used these outrageous statements to manipulate the media to great effect, leveraging himself into being a serious contender for the Republican nomination.

As evidenced by the meeting of Republican insiders on the possibility of a brokered convention, the GOP does not want to give the nomination to Trump, and by all rights it should not. Not only would Trump lose in the biggest GOP trouncing since Goldwater in 1964, Trump also does not represent the values of Republican Party.

Furthermore, he doesn’t represent the very conservative wing of the party either. He represents something America hasn’t seen in a presidential race in a long time, a populist demagogue with genuine celebrity status, and he is turning out a portion of the electorate entirely different from the standard conservative base which Ted Cruz dominates. This is because instead of appealing to the individual like conservatism would dictate, he appeals to the mob, and draws support from people across the political spectrum.

Trump’s policies are not conservative. Oftentimes, they’re simply incoherent. A conservative would not attack a free trade deal like the Trans-Pacific Partnership, call for higher taxes and protective tariffs, call for government intervention in healthcare and finally call the 14th Amendment unconstitutional, disregarding the fact that as part of the Constitution it is inherently constitutional.

We are a party which greatly values individual freedom and religious freedom, and Trump’s recent call for such religious tests and government surveillance of an entire minority group is a disgusting violation of these principles. Also, Trump’s stances have drawn worldwide condemnation, except from Vladimir Putin, who seems to be salivating at the idea of a Trump-led United States. Between all of these glaring faults and his massive popular support, Trump is tearing the Republican Party apart.

In all the mess Trump has caused, people often forget how much of a golden opportunity 2016 is for the GOP. President Obama’s foreign policy has been an unmitigated disaster, and his domestic agenda has largely been a flop. Hillary Clinton, though she has a formidable resume, is thoroughly unpopular. The Republican field includes several successful governors and several star senators who can compete with Clinton’s resume, and many of whom who have vastly more charisma than Clinton — though that is a low bar to set. Republicans may have lost ground on social issues, but they’re winning the argument for fiscal conservatism, not to mention global events have restored the call for a strong national defense. Simply speaking, 2016 is an election the GOP should win.

Trump stands in the way of all of that. Every effect that Trump has had on this race has been to the benefit of Clinton rather than the conservative movement. His bombast and rhetoric are dragging the GOP’s image into the dirt, and Trump is stirring up policies that are not just not conservative, but fundamentally antithetical to conservative principles. This corruption of conservatism, regardless of how high Trump polls in the primary, will humiliate the Republican Party in a general election which it by all rights should win. Among our more competitive candidates, Marco Rubio beats Clinton by an average of 4 percent in recent national polls. Trump, on the other hand, loses to her by nearly 10 percent.

As such, I find it ironic that Trump constantly decries that we don’t win anymore. He would only be continuing that trend. If Clinton marches right into the presidency come November, it will be because Donald Trump paved the way.

Adam Lemon is a junior majoring in political science and history, with a minor in Russian language. In addition to chairing the Duke College Republicans, he is president of the Duke Alexander Hamilton Society, a student-led foreign policy organization. 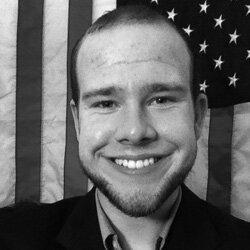