Does it take a disaster to acknowledge Native Americans?

I grew up on a Navajo reservation in the small community of Upper Fruitland, New Mexico.

Mother Earth is one of the most important things in the Navajo culture. We are taught to respect and cherish our land.

I was never politically aware growing up, but recent issues on the reservation have made me want to take a stand. The most egregious occurred on August 5, 2015, when the Gold King Mine was compromised by a team of contractors working for the Environmental Protection Agency. Their intention was to clean up the abandoned gold mine, but instead they released 3 million gallons of contaminants into the Animas River.

This is one of the worst environmental disasters to happen to the Four Corners area, and cleaning up this mess will take years. No one knows how long health effects will linger. Chemicals such as mercury, arsenic and lead were found in the river just days after.

The Animas River is a tributary to the San Juan River, which runs right behind my house. My siblings and I go there often during the summer to exercise and relax. However, as a result of this disaster, it is impossible to know when — or if — the river will be safe to enjoy once more.

Furthermore, this disaster is still affecting many people, not just Native Americans. Businesses who base their income from tourists are struggling, as are Navajo farmers and livestock owners across the reservation. National news outlets such as CNN, the New York Times and NPR have covered the events extensively since the onset of the spill.

My point is this — I want presidential candidates to care about the plight of Native Americans, and not only when huge disasters like this are in headlines. I feel that a lot of progress has been made for Natives since President Obama has been in office. He started the Generation I initiative that focuses on improving the lives of Native youth through new investments and increased engagement.

Obama also has reminded people on several occasions that Native Americans are the first Americans. With Obama as president, I feel that I matter.

The 2016 campaign is approaching quickly and I feel a little anxious knowing that acknowledgment of Native Americans may very well start back from ground zero. I want the candidates to remember us.

Hilary Clinton’s pre-campaign website, Ready For Hillary, had a group called Native Americans for Hillary, where Native Americans could connect with each other and hold meetings. That is promising, but the website no longer exists since she announced her candidacy. Bernie Sanders has a page on his website about his stance on Native American rights. But all of these promises don’t mean anything unless the candidates are genuine in reaching out to Native American tribes.

Obama made a historic trip to the Standing Rock Sioux Tribal Nation Reservation, the last president since Bill Clinton to make the trip to any reservation. Candidates can talk about Native rights and say they support us, but in the end these are just words. The problem is not that we don’t exist or we are invisible. It’s that we are promised by candidates that we matter, but then nothing becomes of it.

Huge environmental disasters should not put us on the map, but sometimes it is the only way to raise awareness about the plight faced by the Native Americans. 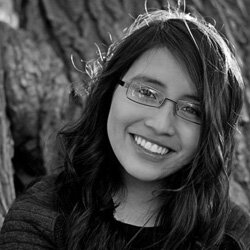