Durham, NC – I can still recall feeling my brain stretch as I started to delve into the curriculum of A.P. U.S. History as a 16-year-old. We were assigned to read “Lies My Teacher Told Me” by James Loewen and write an essay over the summer assessing whether or not Christopher Columbus should still be viewed as an American hero.

My romantic view of adventurers braving the Atlantic in the Niña, the Pinta and the Santa Maria dissolved. The course taught me to think and analyze critically.

I recently read that policy makers in Oklahoma were contesting the College Board’s modifications to the A.P. U.S. History framework because it was too “critical of the U.S.” and over-emphasized negative aspects of our history. Rep Dan Fisher (R-OK) was upset that American exceptionalism was not a focus of the framework and that it characterizes the United States as a “nation of oppressors and exploiters.”

Fisher developed a bill (HB. 1830) threatening to stop funding A.P. U.S. History classes until the College Board changed the framework, a move that attempts to limit critical thinking in the classroom.

Fisher is not alone. GOP presidential candidate Ben Carson deplored the framework’s overly critical emphasis and thought there was too much coverage spent on slavery, Japanese internment camps and the American Indian Genocide, but not enough on George Washington.

Carson was so disturbed with the way America was depicted in the framework that he suggested when people finish the course, “they’d be ready to sign up for ISIS.”

Carson’s views on this issue may be extreme, but he represents an overall trend of disdain toward critical thinking and intellectualism. It has been frustrating to view the low level of discourse and questioning happening in the GOP debates. Maybe viewership goes up, but is a presidential debate really the appropriate place to discuss a fellow candidate’s physical appearance?

Lack of critical thinking allows GOP presidential candidate Carly Fiorina to make brazen claims regarding Planned Parenthood clinics without being questioned. Why aren’t people looking into these claims instead of just taking it as fact?

Donald Trump and Chris Christie are pitching themselves as “everyday men,” the “straight-shooters” who tell you how it is. They are packaging themselves around their avoidance of fancy vocabulary and overuse of crass opinion-driven retorts. Trump is also leading in the polls. Is personality more important than intellect in a future leader of this nation?

I do not absolve myself from accepting facts at face value without critical thinking. In fact, when researching this piece, I referenced newspapers in the U.S. being written at a fifth grade reading level as evidence of anti-intellectualism. Turns out, that might not be true after all. 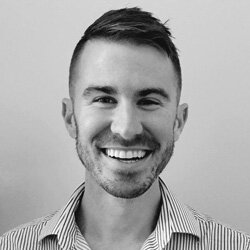