When a candidate running for political office steps forward in the face of overwhelming opposition, I tend to take note. Especially when a good war is at stake.

After all, folks, it’s “terror o’clock.”

If you think I’m referring, in part, to the vitriolic state of Election 2016 spin, you’re not entirely wrong.

The current set of GOP and Democratic hopefuls we’re stuck with have drunk deeply from the well of American exceptionalism qua Joe McCarthy. When I hear these people talk about Islamic State (or IS, or ISIL or Daesh), the only tonal difference I hear in their soundbites is how far back into the stone age they promise to bomb these amorphous terrorist armies (if elected to said political office).

Mr. Carson: “To destroy them, to eliminate them, I would use every resource available to us.”

Mr. Bush: The U.S. “should declare war” on ISIS. [Oh, and I should mention this guy is all for sending in ground troops, reminding us of falling apples and their distance from respective trees.]

Mrs. Clinton: Having tarried initially on unilateral U.S. strikes, the megalithic campaign finance machine known as “Hillary” is spooling up nicely. She’s now throwing around words like “situation room” and “domestic radicalization.” In short, she’s all about war against IS, too.

Mr. Sanders: Basically, let’s just say he’s moving from a mildly wobbly “let’s get ’em” to a more wobbly “please don’t make me talk about ISIS today because I’ve exhausted my expertise on the issue” kind of platform.

And, well, I’ll just sum up the rest of the candidates’ platforms for you by saying Mr.  Trump more or less speaks plainly for all (and never mind that they’re all squeezing cold, calculated political mileage out of the slaughtering of innocents in Beirut and Paris).

Scary, isn’t it? Reminds me of the words of a very apt leader, Mussolini, who said: “Democracy is beautiful in theory; in practice it is a fallacy.” Sage words that seem equally relevant today for American political candidates.

I mean, basically, what kind of democracy are we practicing if everyone has the same opinion? I thought these people were getting funded to come up with all kinds of creative strategies — to fix the economy, to fix the climate, to fix diplomatic relations with the rest of the world. I’m not blaming them for many of these things being broken. Of course, we are all culpable to some extent.

But then, maybe that’s the issue — maybe the majority of Americans all think the same things about everything. Wow.

So essentially, in order to get a different opinion on bombing nebulous armies of mythic proportions, I’d have to go to, say, Canada. The PM there seems remarkably capable of thinking for himself. Or the UK. Apparently, it’s a place that still believes in anti-war protests (interesting how they support their troops by not sending them off to ridiculous wars). But then, their Labour candidate is a real socialist (sorry, Bernie).

Oh well, this is America — boring, predictable. Something comfortable about that, though, isn’t there? I mean, at least we all know where we stand. We stand against ISIS.

“Democracy is beautiful in theory; in practice it is a fallacy. You in America will see that some day.” Well, makes you wonder if old Mussolini had a point after all. Question remains, has that day arrived?

Robert Densmore is a ‘tired old lefty,’ a priest in training and a Divinity student whose Duke blue roots run deep. 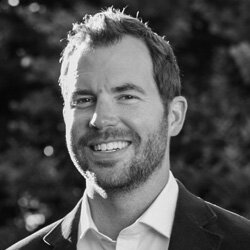 Robert Densmore is a ‘tired old lefty’, a priest in training and a Divinity student whose Duke blue roots run deep.