The front-loading of N.C.’s presidential primary: How big of a move?

State GOP leaders in the General Assembly have moved North Carolina’s presidential primary date from May to March 15. Their apparent goal is to make the state a significant player in their party’s national sweepstakes. (See http://www.wral.com/north-carolina-primaries-now-on-march-15-with-bill-signing/14938667).

But that goal may not be fully realized.

First, the bigger primary date in terms of delegates at stake will be two weeks before on “Super-Duper” Tuesday. On March 1, a total of 565 GOP delegates (out of the total 1,236 needed for a 50 percent-plus majority) will be up for grabs. So the parceling out of 361 delegates in North Carolina and other states two weeks later could be anti-climactic – even if more meaningful than waiting till May. (See http://time.com/4059030/republican-primary-calendar-2016-nomination-convention/).

Second, North Carolina will be vying for attention on March 15 with some other big Republican states — most prominently, Florida, Ohio and Illinois.

And campaigns may focus less attention on North Carolina because a victory here will not yield as many delegates as in other states. North Carolina party officials have decided that the GOP primary will spread out its delegates to candidates based on their share of their vote.

In contrast, Florida will be handing over all its delegates to the first-place finisher. Ohio, Illinois and Missouri will be doling out a significant number of delegates to their winners as well.

Third, even without its pure winner-take-all-delegates status, Florida would probably overshadow North Carolina and all other contests on March 15. Floridians Bush and Rubio may be locked in a last-stand, must-win battle with Donald Trump and other top-tier candidates. Failure to win on their home turf could drive Bush and/or Rubio out of the race.

Still, the move of states like North Carolina to “front-load” their primaries could help current front-runners Trump and Carson. There will be less time for the improbable political magic exhibited by both to wear off with Republican voters. On the other hand, more early primaries put more pressure on Bush to somehow quickly reverse his slide in the polls here and elsewhere. According to Public Policy Polling’s latest North Carolina numbers (released Oct. 27), Trump leads the field with 31 percent with Carson in second at 23 percent and Bush mired down in a tie for fourth at 6 percent.

On the Democratic side, the Clinton forces are hoping that North Carolina will join with other March primary states to run up the delegate count for her and make clear that she will be the party’s nominee. Until recently they had been more or less granting that the grassroots fire behind Vermont Sen. Bernie Sanders could overwhelm her in either or both Iowa and New Hampshire.

But for the time being at least, after her widely-praised performances at the first Democratic debate and the House Benghazi hearing, Clinton has gained new momentum and the Sanders threat seems to have faded.

If Clinton stumbles again and Sanders reignites, then the predominately Southern primary states in March with their strong base of African-American voters could still serve as a “firewall” protecting her candidacy. (See http://www.nytimes.com/2015/09/06/us/politics/hillary-clinton-relying-on-southern-primaries-to-fend-off-rivals.html).

Of course totally unforeseen surprises before or after March 15 may destroy the best-laid scenarios of all campaign strategists and pundits — including what I have suggested here. … 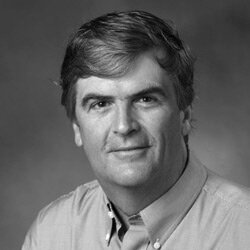 Expertise: North Carolina and the South, Politics and Public Policy

He has served as an issues consultant to political candidates, state governments and various organizations for the last two decades. Since starting McCorkle Policy Consulting in 1994, he has worked for state and federal candidates in North Carolina as well as 28 other states.

How Trump must now shift from candidate to commander-in-chief

Can Donald Trump be a good president?