In defense of gun rights: An argument from the left

It was but a blip on the radar of the bizarre and cringe-inducing second presidential debate of this past Sunday night. Among threats to jail his opponent — reminiscent of strongmen and dictators past — and a pathetic defense of his “locker room talk” on one side, and an awkward failure to address her questionable and undemocratic primary campaign tactics on the other, one issue that has occupied the minds of many Americans — gun control — barely seemed to matter.

And yet, the events of the past few months suggest this remains an important issue.

Clinton, seeing a huge jump in her poll numbers after the debate, will likely (humanity can only hope) beat Trump, if not exactly decisively. Liberals (and a cadre of sane Republicans) will likely breathe a sigh of relief on Nov. 8. Yet, even if on the whole every rational American should be glad to defeat Trump, Clinton promises to rattle gun owners, not all of whom are right-wing conspiracists.

Since a few months ago, when Democrats in the House of Representatives, led by civil rights leader and Rep. John Lewis, staged a daylong sit-in in the House chamber to protest government inaction on gun control — days after the horrific but no longer shocking mass shooting in Orlando — Democrats on the floor have tried to capitalize on a string of tragedies to push through some form of gun control legislation. This has concerned conservatives, but also many liberal and leftist gun owners like me.

It’s not that we don’t care about gun violence. We should, of course, never downplay the unspeakable violence, the seemingly endless tragedy and the ongoing devastation that mass shootings have shaped into our new normal, nor should we brush aside the suffering this violence has inflicted on innocent people. But by now it has become clear that our leaders, enough of them at least, consider loss of innocent life an acceptable cost for the right to bear arms. As commentator Dan Hodges has poignantly said, “In retrospect Sandy Hook marked the end of the U.S. gun control debate. Once America decided killing children was bearable, it was over.”

Yet it is also wrong to make responsible gun owners scapegoats for the culture of violence and hate that has fueled these tragedies. For quite a long time and largely because of an increasingly politicized electorate and the culture of package ideologies, it has been assumed that left-leaning individuals invariably oppose gun rights. And perhaps most do, but they probably shouldn’t. The left’s aversion to gun rights is misguided, even dangerous.

As a historian and a person of color, I’m keenly aware and extremely sensitive to the fact that, historically, gun control has been a tool of social control and white supremacy. Gun control, in fact, prevented slave rebellions and was used to ensure indigenous populations would remained helpless in the face of overwhelming, one-sided violence from white settlers. Just a few decades ago, gun control was an essential tool in the reactionary fight against black civil rights — and guns rights, conversely, helped black Americans earn and preserve their civil rights.

Similarly, and more broadly, the ruling classes have historically sought restrictions on access to guns for the working class. It’s no wonder that anarchists have traditionally encouraged gun ownership and been vigilant of an overreaching government.

Other leftists have similarly stressed the importance of arms to the working classes. Karl Marx once argued that “under no pretext should arms and ammunition be surrendered” by working people because “any attempt to disarm the workers” would lead to further exploitation. Labor leaders have long understood that monopoly on the use of force was essentially capitalism’s most effective tool against insurrection and resistance from below.

And in a country where women are routinely subjected to violence, harassment and sexual assault, it might be time for us to have a conversation about the role that personal defense might play against an enduring rape culture, a culture that permits powerful men like Donald Trump (and ordinary men, too, who are emboldened by cowardly and dismissive defense of such behavior) to feel like they an get away with sexual assault and intimidation of women.

In short, there are serious and rational grounds — both philosophical and pragmatic — for leftists to defend gun rights.

None of this is to suggest that common sense laws should not be in place. It is mind-boggling to ponder just how easily anyone can get their hands on firearms in this country.

Neither should this be interpreted as a glorification of weapons, which are, after all, tools of death and destruction.

But too often well-meaning folks on the left make deeply flawed and problematic arguments against gun rights, confuse correlation with causation and ignore that despite growing gun ownership rates, violence has been trending downward for decades.

It is true, of course, that the rhetoric of gun fanatics is often shrouded in conspiratorial, racist language. But this reality, it seems to me, is yet another reason to support gun rights for law-abiding, responsible citizens.

The gun nuts will always hide behind the Second Amendment and will always have their guns, and I have no interest in being a lone unarmed individual in that world.

Eladio Bobadilla, from Durham, N.C., is a Ph.D. student in Duke’s history department. 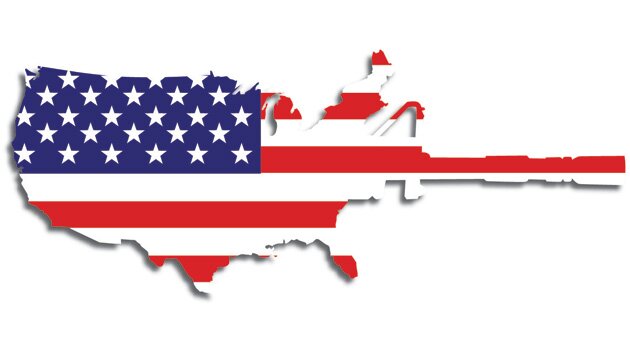 In defense of gun rights: An argument from the left