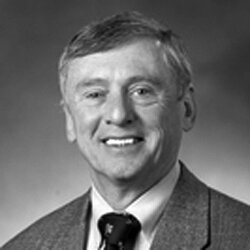 “Trump's win was an ugly, divisive victory not supported by a majority of American voters. But it has overwhelmed the old Democratic and Republican establishments," said Pope "Mac" McCorkle of the Sanford School.

John Aldrich on the firebombing of a GOP campaign office

How Duke students are getting involved in political campaigns

“They’re overqualified, they have more free time than most people and they’re usually socially engaged and usually engaging. So they’re a perfect set of people if you can mobilize them,” says professor John Aldrich in an interview with The Chronicle on why students are valuable when it comes to political campaigns.

John Aldrich in The Chronicle

With voters wary of Trump and Clinton, where are the third party votes?

Why Donald Trump is considering a general for his running mate

According to reports, presumptive Republican nominee Donald Trump is considering former Lt. Gen. Michael Flynn as his running mate. Generals typically have little name recognition, and senior military leaders may not be comfortable in a No. 2 spot, says a Duke political scientist.

Presidential nominations from 1976 to present

In the second of a two-part series, political scientist John Aldrich writes about how political campaigns have changed over the years, how the Obama campaign successfully adapted to those changes and how a football announcer added “Ol Mo” to our political lexicon.

How our parties nominate their candidates

In the first of a two-part series, political scientist John Aldrich traces the history of our current system of presidential nomination, including the influential role that John F. Kennedy had on changing the system.