In 2000, as Rosh Hashanah (the Jewish New Year) approached, the rabbi of my synagogue sent a letter wishing congregants a happy and healthy New Year. This letter excitedly noted that for the first time in American history, Jews would have a chance to vote for one of their own on a major party presidential ticket.

My rabbi was referring to Joseph Lieberman, then the junior senator from Connecticut, whom Democratic presidential nominee Al Gore chose as his running mate. Traditionally, Jewish voters skew heavily Democratic; Lieberman’s presence did little to change the percentage of Jews who voted for the Democratic ticket in 2000.

After the narrow loss of the Gore-Lieberman ticket that year, Lieberman was a heavy favorite for the 2004 Democratic nomination; however, his hawkish foreign policy views isolated him from the Democratic base, and his campaign failed to gather any “Joementum,” sputtering to a halt after disappointing finishes in the first primaries and caucuses that year.

Twelve years later after “Joementum” crashed and burned, another Jewish senator from New England is running for the Democratic presidential nomination. Bernie Sanders has had considerably more success in his presidential bid than Lieberman did; however, based on the current delegate count, he too will likely end up falling short in his bid to become the first Jewish major-party presidential candidate.

Many pieces have been written examining why Sanders’ campaign has failed to pull off the upset of Hillary Clinton that Barack Obama managed in 2008. One such reason may be his lack of support among Jewish voters, who this cycle by and large have failed to “feel the Bern.”

In Highland Park, the heavily Jewish suburb of Chicago where I’m from, Sanders lost to Clinton by a 2:1 margin. In New York City, Clinton won heavily Jewish enclaves such as Crown Heights, Borough Park and Riverdale with more than 60 percent of the vote; her performance in Jewish suburbs of Boston such as Newton and Brookline matched those numbers. A cursory glance at the results from precincts in heavily Jewish Florida cities such as Delray Beach and Boca Raton only reinforces the fact that Clinton has overwhelmingly won Jewish voters in this year’s Democratic primaries.

I can think of a few explanations for Clinton’s — a Methodist — strong performance with Jewish voters. Clinton’s husband Bill was popular with Jewish voters, winning 80 and 78 percent of the Jewish vote in his two presidential campaigns. Clinton is a strong supporter of Israel, as evidenced by her remarks at this year’s American-Israel Public Affairs Committee (AIPAC) conference.

While support for Israel is not the only issue Jewish voters consider important, Clinton generally aligns with the political views of the Jewish community. More importantly, unlike the Orthodox Lieberman, Sanders is a secular Jew, and while he had a religious upbringing he has downplayed his Jewish identity on the campaign trail. Jewish voters may not see him as a fellow Jew because of his lack of religious observance.

Like many families, mine is divided over the 2016 presidential campaign. My uncle and cousin love Sanders; others, including myself, voted for Clinton. (Some mashugana relatives even love Donald Trump!)

However, as a whole, Jewish voters seem to be favoring a non-Jewish candidate over a Jewish one, and given the anti-Semitism among some of Trump’s supporters, will likely favor that same candidate this fall over a candidate with an Orthodox Jewish daughter. At least among Jews, identity politics seems to be a thing of the past.

Benjamin Seitelman, from Highland Park, Illinois, is a Master of Public Policy student at Duke. 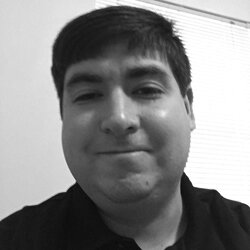