Why I’m voting for Hillary

Eight years ago this month, I was getting ready to vote in my first presidential primary. Pennsylvania’s primary that year was highly contested between then Sens. Barack Obama and Hillary Clinton. I was firmly behind President Obama in that election. His charisma, integrity, and progressive policy perspective was exactly what this country needed after the misdeeds of the Bush Administration.

The idea of voting for Hillary Clinton was anathema to me in 2008. Yet, that’s what I’ll be doing in this year’s Pennsylvania primary.

This was not a decision I came to easily. I admire Sen. Sanders’ persistence in giving voice to the least powerful over his time in Congress. His “off the cuff” speaking style has also been refreshing in an era when most politicians speak in poll-driven talking points.

However, I believe he’s better suited in the Senate than the White House. He has put forth a series of admirable, but quixotic policies. Given the continual controversy surrounding the Affordable Care Act, how does he expect to pass and implement a single-payer system? Congressional Republicans were apoplectic in decrying how Obamacare would lead to socialism in America, even though the law was largely based on their own ideas. I can’t imagine how they would react to an actual government takeover of the healthcare system.

The Sanders campaign has struggled to explain specifically how their agenda will be implemented. The senator also hasn’t performed well when he’s been pressed for specifics beyond his campaign’s talking points. If he can’t handle the editorial board of a left-leaning newspaper, how will he deal with the scrutiny of being the Democratic nominee?

It’s true that many polls have shown Sanders outperforming Clinton against the potential Republican nominees. However, I’m skeptical this will still be the case when the media and Republican Party remind voters how much their taxes could go up in a Sanders Administration. A recent Vox poll found that two-thirds of Sanders’ own supporters aren’t willing to pay more than $1,000 in additional taxes to finance key elements of his revolution.

Clinton’s policy agenda is a reflection of the world we actually live in. To address college affordability, she would create a means-tested program to ensure that the poorest students attending public institutions graduate debt-free. Unlike the Sanders proposal, her plan doesn’t rely on Republican-controlled state governments agreeing to provide one-third of the policy’s cost.

She would also work to strengthen the Affordable Care Act instead of wasting her political capital on a single payer system that would be a long shot even with Democratic majorities in Congress.

Most importantly, there hasn’t been a more experienced major presidential candidate in recent memory. As secretary of state, she helped enact multi-lateral sanctions that brought Iran to the negotiating table and began the process that would lead to the nuclear deal. As First Lady, she played a critical role in passing the State Children’s Health Insurance Program, which gave health insurance to 8 million children across the U.S.

Do I agree with her on everything? No. For one, I think she’s been too hawkish in the past. However, I value that she’s willing to adjust her positions based on facts and new information. What some may decry as “flip flopping” I consider a sign of effective leadership. Absolutism and ideological purity generally don’t lead to good governance.

Clinton may not have been my choice in 2008, but she’s the best candidate to build on what President Obama has accomplished. I look forward to casting a vote for her in both the primary and general election this year.

Kevin Fulton, from Pittsburgh, is a first-year Master’s of Public Policy student at Duke. 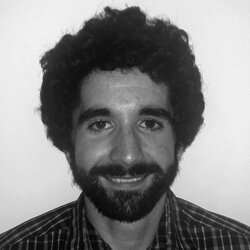