When casting a vote, consider the Supreme Court

In the next few years, the U.S. Supreme Court is expected to hear cases related to voting, the death penalty, abortion, immigration, and contraception, among other hot-button topics.

It remains to be seen whether President Obama or his successor will nominate Scalia’s replacement. In addition, two other Supreme Court justices (Ruth Bader Ginsberg and Anthony Kennedy) will be 80 or older by the time our 45th president is inaugurated.

Given that set of circumstances, and the fact that the president has the power to nominate replacements for any retiring justices, this should change how we view the election.

Because the 2016 election is not only about shaping the executive branch for the next four years but also about the makeup of the Supreme Court for years to come, it’s critical for voters to consider every issue when voting in this election.

No longer can young “fiscally conservative, socially liberal” voters ignore factors like Ted Cruz’s unwavering criticism on the Supreme Court’s legalization of gay marriage or Marco Rubio saying he would not support exceptions on the issue of abortion based on rape or incest. If elected, it is likely that these anti-gay marriage and pro-abortion opinions will be reflected in Rubio or Cruz’s Supreme Court nominations, as this is exactly the type of issue that the Supreme Court will likely weigh in on.

On the other side, Hillary Clinton supporters must consider that despite her pledge to reform the criminal justice system, she has refused to support the abolishment of the death penalty. Bernie Sanders has said he plans to eliminate Obamacare and replace it with a Medicare-for-all plan.

All of this is to say it’s even more dangerous to overlook certain opinions that we disagree with coming from candidates who we otherwise like. Each candidate has outspoken views regarding the upcoming Supreme Court issues. Sometimes these views seem extreme, whichever side of the political spectrum they land on. Sometimes they seem to counter the more accepted conservative or liberal views on a certain issue.

We are so lucky to live in a country where we have a voice in the government, and we have a responsibility to be aware of all the implications of our vote. After all, when you cast your ballot this November, you’re not just voting for the president but also for the Supreme Court. 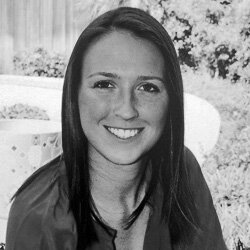