On a Friday morning in late June, I was enduring a meeting in a conference room with 65 other 20-something graduate students when my phone buzzed. When I glanced at the notification – “BREAKING NEWS: SUPREME COURT RULING MAKES SAME-SEX MARRIAGE A RIGHT NATIONWIDE” – I was ecstatic. Like a majority of my peers, I was in favor of the court’s ruling, and I couldn’t wait to share my excitement with everyone else.

But when I started talking about the news over lunch, I was met with a lot of blank stares. In a room full of millennials, for whom same-sex marriage is considered a defining issue, most weren’t aware that the biggest case in the history of the LGBT rights movement had made it to the Supreme Court. So instead, I tweeted my support, sent a congratulatory Facebook message to a gay family member and texted a couple of my more politically aware friends.

I’m by no means the first to point out that young people tend to be less politically engaged than older generations. Yet, despite a deep commitment to civic engagement, millennials tend to be particularly distrusting of the government and politicians. You can’t blame us – our grandparents saw the country come together to win World War II and our parents watched NASA land a man on the moon, but in our lifetimes we’ve seen our politicians stumble into disastrous wars and shut down the government.

There was a glimmer of hope in 2008. I was in college at the time, and I’ll never forget the sense of excitement on campus. Polling station lines wrapped around the block, American flags hung from dorm windows, and fraternities hosted election-watching house parties. Nationwide, young adults voted at a rate not seen since the 70s.

But we all know what happened next – when the lofty rhetoric of the campaign collided with the political reality of a divided Congress, stalemate and brinkmanship became the new normal. Millennial turnout in the 2010, 2012 and 2014 elections was dismal.

2016 is not shaping up to be 2008. Conversations about the election inevitably shift to Donald Trump, and especially his inflammatory comments about women and immigrants. Millennials are the most racially diverse generation in history, but the dominant messages to come out of the GOP primary so far sound exclusionary and mean-spirited to our ears. Hillary Clinton came across as confident and competent during the Democratic debate last week, but she hasn’t been able to inspire anything like the groundswell of enthusiasm that we saw in 2008. Bernie Sanders has a corps of dedicated young supporters but is utterly unelectable in a national race.

There’s a vicious cycle at play among my generation: If millennials don’t vote, politicians have no incentive to address the issues we care about, but as long as it seems like politicians aren’t listening, there isn’t an incentive to engage. To break the cycle, we need leaders who can make concrete, measurable accomplishments in an uncertain climate by working with people from diverse backgrounds. In other words, we need millennials. 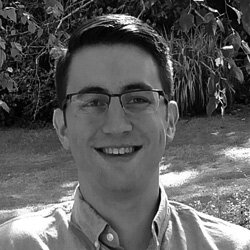