The politics of pitchforks: Donald Trump, the demagogue

In the climax of the 1931 adaptation of Frankenstein, dozens of villagers famously search the countryside, pitchforks and torches in hand, ready to destroy an uncontrollable and murderous monster. The men know nothing about the true nature of their monster, yet are willing to hunt it down with a righteous rage. At the head of the mob is Dr. Frankenstein, the very man whose ambition created the monster and whose future now depends on its destruction.

Modern politics has become a game of monsters. Candidates first define the monster itself — some issue they believe threatens the very fabric of America. The monster comes in many forms: immigration, income inequality, terrorism, guns. For every monster, there is a Dr. Frankenstein, the candidate who uniquely understands its nature and can destroy it.

No candidate plays this game better than Donald Trump. His stump speeches, like this now famous 90-minute rant in Iowa, are a dizzying mix of hate and confusion, where he weaves together narratives that prove how “America is going to hell.” No matter if he’s stumping or making an appearance on a news show, candidate Trump requires no structure, no pattern in what he decides to say. His spontaneity is why both the media and his supporters can’t get enough of him.

As Trump’s poll numbers continue to climb — new polls show him with a 15-point lead over Ted Cruz and Ben Carson — concerns grow as people wrestle with the idea that he might actually win. What gets lost in the fear surrounding Trump’s electability is a clear definition of what role he’s actually playing in this election. Is he the doctor or the monster? And, in either case, how do we get rid of him?

To answer the first question, he’s both. Trump’s effectiveness so far is largely thanks to his ability to create monsters. For every sensational quote, every offensive line, he’s creating monsters for his supporters to fear. As his narrative paints the nation as increasingly desperate, those who latch onto this story become ever more dependent on his leadership. This strategy is why even his recent call for a ban on all Muslim travel to the U.S. will not slow his campaign down.

But this is not his only role. Beyond the scope of his campaign, Trump represents the personification of conservatism’s pitchfork politics. Since 2001, conservative politicians and pundits have appealed to the lowest common denominator of public emotion, as they successfully won election after election by stirring fear and anger. During the Bush presidency, terror alerts and arbitrary color-coded shifts in threat levels kept the electorate just fearful enough to vote for hardliners over doves.

In the Obama era, concerns about the president’s faith, background and socialist policies kept the fear gauge high and is largely to thank for the emergence of the Tea Party. Now, after more than a decade of this tactic, conservatives must reckon with the monster they created.

Trump is not the first American politician to play both the doctor and the monster. In fact, he follows a tradition of demagogues. Each arose from the politics of fear and sought to harness its power. Whether “Pitchfork Ben” Tillman, Huey Long, Joseph McCarthy, George Wallace, or more recently Glenn Beck, populist appeals amid times of economic and political strife are one of the constants of American politics. Within this framework, Trump is nothing special, and as history has testified many times before, he is nothing to fear.

All demagogues eventually fail because they have to. Their existence is naturally ephemeral. They exploit the times within which they operate, and once that time has passed or they try to move beyond it, they inevitably fall. Either their own monsters destroy them or they become too much the monster themselves.

In both cases, the American public strikes them down or moves on. In the end, nobody wants the doctor or its monster, and no one can ever really be both. The only question that remains is when will the pitchforks and torches turn to destroy the monster Trump’s become?

Pete Mills, from Meriden, Conn., is a first-year master’s of public policy candidate at Duke’s Sanford School of Public Policy. 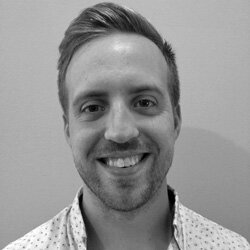