Carly Fiorina, former CEO of Hewlett-Packard and candidate for the Republican presidential nomination, has made waves with her strong performance over the past three debates — and momentarily rose to 15 percent in the polls in mid-October.

She has offered detailed, in-depth responses to questions — most notably on foreign policy — while also delivering bold zingers. She has claimed that, “like Hillary Clinton, [she has] traveled hundreds of thousands of miles around the globe. Unlike her, [she has] actually accomplished something,” and that “[she] knows more world leaders on the stage today than anyone running.”

Critics should not doubt her ability to smartly and productively engage with these leaders; after all, at the end of Fiorina’s tenure at HP, she had presided over a recalibration of HP’s organizational structure, its expansion into new markets, and signed off on a colossal merger with Compaq. While that merger’s long-term success is still being debated, the real question is whether the meetings and negotiations she would have had to expand HP’s presence around the world offset her lack of “experience” in public office. A recent New York Times piece on the national security threats posed by partnerships between prominent U.S. technology firms and Chinese firms is a timely reminder that business and politics intersect, and that top businessmen and women must, just like our nation’s leaders, possess an acumen for current global affairs.

Fiorina’s credentials go beyond the business world. She has been invited to chair then Central Intelligence Agency Director Michael Hayden’s External Advisory Board. She was invited to advise Senator John McCain during his 2008 bid for the presidency. She was a member of the Defense Business Board and the Advisory Group on Transformational Diplomacy for the State Department.

During this time, Fiorina had an army of aides to brief her on the day’s hot issues. That army of aides, however, pales in comparison to the quality and quantity of advisers that presidents and secretaries of state enjoy when in office. Fiorina’s grasp of the facts on the ground in today’s conflicts and nuanced policy proposals, whether flawed or not, is formidable considering that she has picked up much of the foreign policy language and analysis chops on her own merit.

Fiorina may not have the know-how to navigate Washington’s red tape and elite circles. We know green D.C. outsiders like Presidents Nixon and Obama are notorious for their retrenchment and had close, inner circles of advisers to implement their own broad ideals, often with little premium placed on pragmatism. Thanks to Fiorina’s success in the big-boys club of the corporate world, however, we can guess that her lack of relationships with D.C.’s Hill and policy wonks will not preclude a willingness to establish solid working relationships with them.

It is convention to question outsiders when they run for political office. Despite contentions of Fiorina’s “failure” at Hewlett-Packard, there remain indicators that Fiorina can bring a fresh perspective and abilities to the Oval Office.

Pi Praveen, from Portland, Oregon, is a senior studying political science at Duke. She is also the president of the Duke Political Union and chair of the American Enterprise Institute Executive Council on campus. 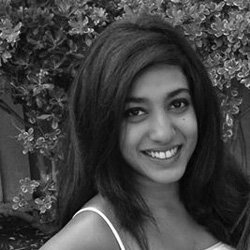