The coming fall of Donald Trump

The Iowa Caucuses — the first in the long line of primaries and caucuses this year — have already helped to winnow the 2016 presidential race. After failing to win any delegates on Feb. 1, Martin O’Malley (the third wheel of the Democratic race) ended his campaign. Despite coming in 5th place and winning a delegate, the GOP’s Rand Paul did so as well. Republican backbenchers Mike Huckabee and Rick Santorum have also bowed out.

Beyond narrowing the presidential field, this year’s Iowa Caucuses shook up the race by putting both major parties’ national front-runners on shaky ground. Since Ted Cruz trumped Donald Trump and Bernie Sanders nearly tied with Hillary Clinton, neither front-runner can count on their competitions being as easy as they might have seemed even a month ago. But in looking forward to this month’s primaries and caucuses — New Hampshire, South Carolina, Nevada and each party’s 12 Super Tuesday competitions — the Iowa results should worry Clinton much less than they worry Trump.

A lot of that worry should stem from the nature of the party-specific races in the first place. Primary and caucus competitions generally skew more toward those who are older and those who are more invested in one of the two major parties. Exit polling in Iowa showed that, on both counts, Clinton has an advantage over Sanders: Her share of voters over 45 surpassed his by double digits, as did her share of dyed-in-the-wool Democrats.

But on the Republican side, Trump’s appeal was stronger with the approximately 20 percent of voters identifying themselves as independents than it was with the nearly 80 percent identifying with the party. To make matters worse for the billionaire, a larger proportion of Iowa voters in every single age group chose Cruz.

For New Hampshire, similar results would give Trump the win that many polls predict. After all, the New England state’s branch of the GOP tends to be more moderate than the national party. But as the focus of the primary race swings to the South, the political factors that gave Iowa its first Latino caucus winner will become all the more crucial to victory — and all the more damaging for the Trump campaign.

Additionally, unlike the Democratic primary, race and religion seem poised to play a role in the Republican primary race through Super Tuesday. Almost 100 percent of Iowa caucus voters were white, and a full 60 percent of them voted for the three minority candidates (Cruz, Marco Rubio, and Ben Carson). To Trump’s detriment, since every soon-to-vote state besides New Hampshire is more racially heterogeneous than Iowa, that effect may become more pronounced.

And with Trump losing out on Iowa’s significant religious Christian vote, which went to Cruz, it seems unlikely that he’ll be able to convince the many Evangelical Southern voters that he’s their candidate.

In fairness, Trump has proven himself an incredible force in the Republican race so far. Despite the litany of gaffes that would have sunk any other political candidate, he’s managed to dominate so much of the conversation on the right. But when voters in these early voting states actually make it to the caucuses or to the polls, all his bluster seems likely to be for naught.

Johnathan Bowes is a master’s student in bioethics and science policy planning to work on the ethics of personalized medicine and DTC genomics. 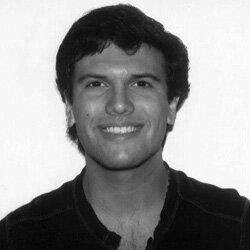 Johnathan Bowes, or “JoBo”, is a MA student in Bioethics and Science Policy planning to work on ethics of personalized medicine and DTC genomics.