If recent polling is any indication, many Americans aren’t particularly proud to be calling themselves Republicans these days.

I’d count several of my unnamed friends among them. Since June 16 of last year, the Republican primary has been a litany of vitriol, fear-mongering and general discord. There’s been a distinct emphasis on style over substance, though the “style” being offered has left many Americans cringing.

As a result, I’ve found several of those same friends to be reviving an old affiliation: Rockefeller Republican. While the moniker largely translates to “socially liberal, fiscally conservative,” I thought it lent an interesting perspective in what it means to be politically affiliated in 2016.

For most voters my age, the Washington they’ve known has rooted itself in diametric opposition. Political gridlock has replaced compromise as the norm, and increasingly superficial efforts made by Republicans and Democrats to beat one another has left most of my peers disgusted and, in the worst cases, disenfranchised.

But that doesn’t mean they don’t want to participate in the political process, much less have opinions about its outcomes. The increasing polarity between the right and left asks voters to align themselves with a binary slate of positions. From foreign policy to gay rights to corporate taxation, our national political parties would ask that you swear fealty to their organizations’ ideals rather than the movements, men and women that appeal to you.

That’s why it struck me when my friends told me they would identify themselves as Rockefeller Republicans. Many of them had voted Republican in past elections, but are eager to be defined by their actual views rather than by Donald Trump, Ted Cruz or the like.

Nelson Rockefeller, a former New York governor and U.S. vice president from whom the term is derived, was a conservative who championed socially liberal issues, environmental conscientiousness and the rights of labor unions. Those positions aren’t compatible with what the Republican Party’s current construct espouses, but they shouldn’t preclude someone from conservatism entirely.

It’s a sobering state of political affairs when people are ashamed to actually identify with a party they vote for, and I have little doubt that the rigidity with which those parties construct themselves is the catalyst for that.

We refer to politics as a spectrum precisely because there are so many ways to identify and articulate our beliefs. For that reason, I kind of like that my friends found a moniker that describes them. Rockefeller Republicans or not, people should be colored by what they believe in, not two shades of primary color. 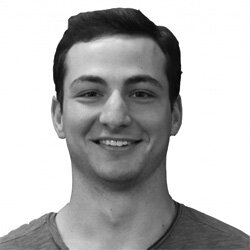