There are few things that the National Review, the Washington Post, the New Yorker and the New York Times agree about. One of these rare things is their fear and loathing of Donald Trump.

The National Review came out with an entire issue called “Against Trump.” The Post describes his brand of campaigning as “politics of the middle finger.” The New Yorker and Politico have been diagnosing the political pathology that is Trump, focusing on authoritarian tendencies in the electorate and the tradition of American populism.

Given this bipartisan agreement that Trump is incompetent, racist and dangerous, might there be any grounds on which to still see a silver lining after Super Tuesday?

In his latest New York Times editorial, David Brooks attempted to defend politics itself against Donald Trump in a piece provocatively titled “The Governing Cancer of Our Times.” Brooks described politics as “an activity in which you recognize the simultaneous existence of different groups, interests and opinions.” To behave politically is to compromise, balance, negotiate within pre-specified constitutional and customary rules. His fear is that Trump’s constituents are the people who want less politics, who want to escape from the complicated game of working out a way to live in a pluralistic society.

But should Americans really expect the end of the republic if Trump wins the Republican nomination?

My take on the phenomenon of the Donald is different. I take it as an indication not of growing anti-political attitudes, but rather a resurgence of interest in politics that could change the face of party politics and electoral competition going forward.

Don’t get me wrong — I neither support Trump nor his xenophobic rhetoric. I genuinely tremble at the prospect that anti-Muslim and anti-immigrant sentiment would outlast his (un)successful presidential bid and ruin prospects for a more compassionate immigration policy.

But let’s look at the big picture of politics and electoral rules.

First, consider political engagement. On both the left and the right, first-time voters are registering for primaries in record numbers. Some are #feelingtheBern. Others are fearingtheTrump. A not insignificant number feeltheTrump and feartheBern — 45 percent of Iowa Republican caucus voters were voting in their first caucus. I predict politics is likely to become more rather than less salient to both young voters and previously disengaged voters.

Second, examine competition between the two parties. Trump is breaking up the GOP by taking a significant portion of voters to the right and leaving another closer to the center-right. This is coming at a time where the alliance between libertarians, evangelical Christians and pro-business conservatives is already starting to look as tense as ever.

This is a problem more common to the American left in recent history — think Ralph Nader in the 2000 Bush v. Gore fiasco (or Bernie Sanders in the absence of Donald Trump).

The GOP has ideologically bundled together “different groups, interests and opinions.” Politics in Brooks’ sense demands its break-up. One can say the same thing about the Democrats and their coalition of pro-business Democrats, socialists and rights-focused voters on LGBTQI issues, women’s rights or minority rights.

Which brings me to the rules of political competition in America and its mostly two-party tradition. Most European countries have a system of proportional representation in which multiple political parties are represented in the legislature in proportion to their percentage of votes. All parties that can meet minimal requirements of electoral success get seats in government. Governing coalitions are formed among a dazzling variety of parties including Greens, Socialists, Christian Democrats, Libertarians and even Pirates.

Most European states amended the rules of the political game in favor of proportional representation in the 19th and 20th centuries, following increasing challenges to the left from socialist parties. Under favorable conditions having to do with leadership, timing, geography, industrial profile, urbanization (pdf), sufficient support for changing the rules of the electoral game (pdf) emerged.

Given the cast of characters left in the Republican and Democratic fields, the playing field is looking ripe for fragmenting the big parties. And with enough first-time voters asking, “What’s the difference between caucuses and primaries again? What are superdelegates? And what is Super Tuesday?” we might expect them to ask “Why not Proportional Representation?” 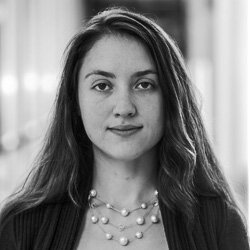