North Carolina has witnessed a bout of recent retirement announcements by state legislators. According to a count by WRAL, at least 23 State Senators and Representatives have already announced that they will not seek reelection in 2016 including Senator Tom Apodaca, the powerful chair of the rules committee, and Senator Bob Rucho, who led the state’s 2010 redistricting. For many, it is not a question of whether they would be reelected – most come from safe districts – rather they cite the personal pressures that come with serving.

“If you’re not retired or independently wealthy, it’s very difficult to be a legislator and work a real job,” said State Representative Nathan Baskerville, a 34-year-old Democrat from Henderson, to the News & Observer.

North Carolina is a big state. The furthest regions in the mountains are six hours from the state capital in Raleigh. The state can take up to ten hours to traverse from the coast to the mountains. Moreover, reports from the Census Bureau indicate that the state’s population recently surpassed 10 million

State lawmakers have begun to study the issue. State Representative Gary Pendleton formed a task force in October to look at a possible pay increase, according to a News & Observer report. North Carolina legislators make $13,951 a year with a per diem of $104 and a monthly expense allowance of $559.

The National Conference of State Legislatures considers ten states to have “full-time legislatures.” Members in these states earn enough to make a living and have several staff members. Many are large states such as California and New York, but in several including Pennsylvania, Massachusetts and Wisconsin, legislators represent fewer people than the average North Carolina legislator.

No longer are we in the days where state government performed relatively few functions and could be managed by a few elite. It is a multi-billion dollar enterprise with complex issues that deserve rigorous attention.

Raising the pay for elected officials may be an unpopular notion given their low approval ratings. But if we want to creating a legislative body that represents the diversity of North Carolina, it may be time to consider making it a full-time job with additional wrap-around staff positions. Not only would better compensation enable younger and more diverse citizens to run for and serve in the legislature, but it would also make it more ethical. Officials would be less inclined to take gifts or favors from lobbyists if they had the means to support themselves. In addition, in the grand scheme of the state budget, these pay increases would be insignificant.

Moving beyond our current system may be difficult, but it is good for democracy and the right thing to do. 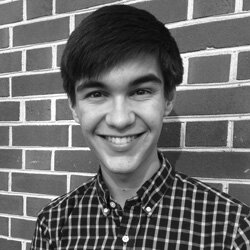