Gender and identity in the Democratic primaries

If the Iowa caucus and recent polling are any indicator, Hillary Clinton is poised to be the first female Democratic presidential candidate in history. It would be empowering to see a woman elected to the highest office for the first time in history.

But at the risk of invoking the wrath of Gloria Steinem and Madeleine Albright, I have to ask are Clinton’s policies actually the best for women?

Financial inequality and women’s empowerment are inextricably linked. Single women, children and people of color are more likely to live in poverty. Bernie Sander’s more aggressive stances on progressive tax rates, universal child care and the minimum wage are more than just financial policies. They create an economic structure where women and oppressed communities could flourish.

Unlike Clinton, Sanders has also consistently advocated for LGBT rights.

In short, Sanders’ feminism is intersectional, and includes queer women, women of color and the poor in a more conscious and intentional way than Clinton.

But liberation isn’t just about ideas; it’s about representation. While Sanders voices an increasingly strong anti-establishment sentiment from the left, having a woman be the most influential political figure in the country is a powerful symbol.

But which women does Clinton represent and advocate for?

Mark Penn was Clinton’s chief strategist in her 2008 bid for the Democratic presidential nomination. At the time, he wrote that Americans “do not want someone who would be the first mama, especially in this kind of world. But there is a yearning for a kind of tough single parent” and “They are open to the first father being a woman.”

For Clinton to win in 2008, she was expected to take a step away from her gender. Rather than deconstructing and redefining what womanhood means in our culture, her strategists discouraged her from speaking about women’s issues at all. Clinton’s political success was built around having to be almost apologetic for her gender.

While Sanders is known for his disheveled appearance and fiery political speeches, the more composed Clinton still has to fend off male pundits who criticize her for “shouting.”

How can we empower female politicians who advocate for radical change in a system that sets even moderate women up to fail? Can we love Sanders but also recognize that our country might not be as supportive of a messy socialist yelling for change if that person were a woman? In this election, women will have to choose between a female presidential candidate and a candidate whose policies go further to empower vulnerable and oppressed women and communities.

Bronwen Wade, from Oakland, Calif., is a first-year Master’s of Public Policy student at Duke. 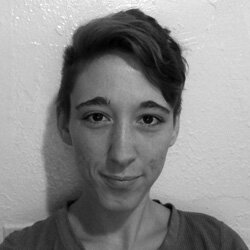