Congressional Obstructionism Likely to Get Worse

Durham, NC – When Chief Justice John Roberts joined the Supreme Court’s liberal justices in upholding the Affordable Care Act in 2012, public discussion centered not on the majority’s sound legal reasoning, but on its political savvy.

I believe that Roberts’ aim was political, but perhaps not in the way most people assume. As Duke Law professor Neil Siegel observed, Roberts’ holding was “political in the sense of attempting to secure the political foundations of the rule of law … not political in the ‘low politics’ sense of seeking partisan advantage.”[1] Jeffrey Rosen may have put it best when he wrote in The New Republic that “Roberts’ decision was above all an act of judicial statesmanship.”[2]

Compare that with the recent announcement by House Speaker John Boehner that he will step down from Congress Oct. 30.

Rather than deal with threats from the conservative wing of his caucus (the latest being a call to shutdown government over federal funding of Planned Parenthood), Boehner decided to withdraw from Congress. No longer will House Republicans have a leader who recognizes the limits of the politically possible. This era of unprecedented congressional obstructionism is likely to get even worse.

Boehner’s successor will doubtless be more aligned with the Freedom Caucus, a group of 37 of the most conservative Congressmen (and one woman), which practically guarantees that the new Speaker will be even more divorced from political reality than his predecessor.[3]

Eric Cantor, the former House Majority Leader who himself fell victim to an attack from his right, sounded a cautionary note following Boehner’s resignation. Writing in the New York Times, Cantorsaid Boehner “has given my former colleagues in the House, fellow members of the Republican Party and the broader conservative movement a chance to demonstrate to the American people that we are prepared to govern and worthy of their trust.”

Boehner indeed may have given the Republican majority that chance, but it is unlikely they will do more than pander to their base through political grandstanding.

Granted, it is too early to tell what effect the new speaker will have on the ongoing schism between the most radical conservatives and their Republican colleagues in Congress. I’m holding out hope that, like Chief Justice Roberts, someone will step in and preserve the integrity of our primary lawmaking institution. But until then, I’ll go to bed at night thankful that the Senate filibuster and presidential veto exist to protect us from any ideological firestorm. 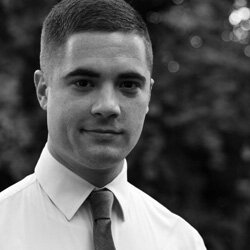 Hunter Buckworth, from Newark, Del., is a first-year Masters of Public Policy Student at Duke.