Can we make immigration a positive issue?

I’m a Ph.D. student in biomedical engineering, and I work every day in my lab with smart, ambitious, highly educated people from all over the world. My colleagues hail from China, India, South Korea, Brazil, Turkey, Malaysia, Iran. They are among the best and brightest young people of their home countries. Many of them love America and want to stay.

But our immigration system makes this difficult for them, which begs the question, “Why do we make it hard for people who would so obviously be a benefit to our country?”

Immigration politics have become toxic. The issue is so volatile, is such a hot-button issue for both sides, that there seems to be very little incentive to address it constructively.

The first problem is we lump all kinds of immigration together, making political enemies of people who might otherwise be allies. We attempt to take on illegal immigration from Mexico, asylum for Syrian refugees and immigration of STEM workers and students all at once. In our polarized political discourse, trying to address so many issues at the same time leaves no room for nuance.

The second problem is instead of being an issue to be addressed, immigration has become both a test of ideological purity and a club with which to hit the other party. One of the biggest threats to Marco Rubio’s candidacy in the GOP primary is his membership in the so-called Senate Gang of Eight that negotiated a comprehensive immigration reform bill. Never mind that, one, this bill never came close to becoming law and, two, Rubio himself didn’t even endorse it.

Meanwhile, President Obama has demonized legitimate Republican security concerns regarding Syrian refugees by saying they are “afraid of widows and old ladies.”

The American people are tired of constant partisanship and negativity. This kind of uncompromising fighting may lead to success with primary voters, but most Americans are hungry for a positive, constructive message. The idea of hope and change was the best part of Obama’s 2008 campaign. He offered people something positive and uplifting, and they responded.

That lesson seems to have been lost. The bar will be higher now because the Obama presidency has left people even more disillusioned, but the desire for hope and positivity remains.

Immigration — in one form or another — has always been a core component of our national character. If we set aside the controversial aspects of immigration that divide us, most of us can acknowledge that immigration is a unifying principle and one of our greatest strengths as a nation.

The current political climate is ripe for a fresh, unifying and positive platform on immigration. I wonder which presidential candidate will have the vision and courage to craft one?

Isaac Weitzhandler, from Sunnyvale, California, is a Ph.D. student in Biomedical Engineering and an MA candidate in Bioethics and Science Policy at Duke. 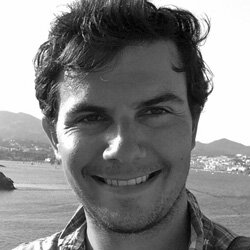 Isaac Weitzhandler, from Sunnyvale, California, is an MA candidate in bioethics and science policy and a Ph.D. student in biomedical engineering.