Can Behavioral Science Save Government?

'Trump continues to fire away'

Durham, NC – Nothing brings out my inner pessimist like election season. The last Congress was the second-least productive ever, and now there’s evidence that the ideological gap between the parties is growing. Will government in 2017 do … anything?

Perhaps the answer to narrowing this divide lies in behavioral science. If this growing field can help identify more effective, cheaper ways of running the government, might this be the tool needed to unite politicians?

To see what I mean, consider Dr. Peter Ubel, Duke professor, physician and behavioral scientist. At a recent talk, he posed a big question: Why do Americans have so much trouble losing weight? Many need and want to and, in principle, all you have to do is burn more calories than you take in.

The problem is that, for 30 years, weight-loss regimens have treated people like optimization robots who coldly calculate calories and exercise. That’s backwards, says Ubel. Instead, we have to treat people like…people.

As we all know, people struggle with self-control. We procrastinate and we get bored. We fail to value benefits far in the future as much as immediate ones. And it’s especially difficult with weight loss: once we gain a bit, biology and the environment conspire against us to keep it on.

Ubel thinks about weight loss (and, as you will soon see, better governance) through a different lens: Treat people as they are — well-meaning, busy, sometimes irrational beings. Want to lose weight? Don’t focus so much on the calorie reduction itself, he says. Rather, make it about two things that we know motivate people: competition and financial incentives. No silver bullets, but they have been shown to help people lose weight.

Governments are made up of humans, too

The same potential could hold true for governance. What if our government starts treating people like people, using the right incentives to help people overcome their human foibles? As it turns out, the White House is doing just that with what economist Donald Marron calls its “nudge” unit.

The nudge unit employs new insights from behavioralists like Ubel and others, and it has accomplished the relatively small (encouraging less paper waste) to the potentially big (reducing student loan delinquencies). What’s important is these nudges share three key qualities: they are often cheap, they are not particularly coercive, and they all aim to improve government outcomes and efficiency.

Behavioral science is relatively new and efforts to incorporate those lessons into government are just beginning. On that point, Ubel had a final thought: Because governments haven’t been using behavioral science for decades, there must be low hanging fruit. That is, there is much potential value for governments simply to experiment with small changes using insights about human behavior, and see what works.

For example, would giving people 30 minutes free to go the gym during their workday improve productivity? What would happen if government employees were expected to spend 15 percent of their time working on a pet project? Would new solutions to old problems emerge if employees were given wide discretion?

The answer to all of those questions is, we don’t know. But they all focus on treating people like people and not like robots. And, more important, that line of thinking seems to provide promise of saving money and improving government outcomes.

Isn’t that something both political parties can unite behind? 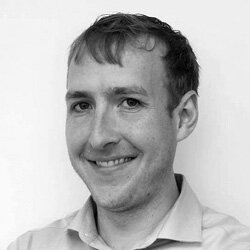