In John Steinbeck’s “Travels with Charley,” he comments that, “For all of our enormous geographic range, for all of our sectionalism, for all of our interwoven breeds drawn from every part of the ethnic world, we are a nation, a new breed. Americans are much more American than they are Northerners, Southerners, Westerners, or Easterners.”

I think, in general, there is a great deal of truth to that. I choose to believe the ties that bind us together are much deeper and more widely spread than the conflicts that drive us apart.

And yet, to look around you is to see great divides between people. Fissures have developed along many dimensions, to where Americans clash over issues of politics, religion, morality, race, class, sexuality and any number of inputs that comprise a person’s worldview.

In some ways, we are dealing with a new sectional crisis. Today the country seems much more like the relationship between the North and the South that Lincoln described in his second inaugural address in 1865 on the eve of Lee’s surrender at Appomattox: “Both read the same Bible and pray to the same God, and each invokes His aid against the other.”

Of course I don’t think we’re heading to another civil war, but I cannot escape the feeling we are fundamentally at odds with each other. And not unlike Lincoln’s day, we often draw on religion to drive people apart in ways that ripple out to secular issues as well.

Remember Rick Perry’s 2011 campaign ad in which he walked through a pasture and said, “There’s something wrong in this country when gays can serve openly in the military, but our kids can’t openly celebrate Christmas or pray in school.”

I have no doubt that Perry is deeply patriotic and wants what’s best for this country. Nor do I doubt that his opponents, the Democrats, feel the same. And yet, here is clearly a political ploy to rally the conservative right around issues of religion and morality. I don’t know whether Perry believes the military’s position on homosexuality is an important policy priority, but it is easy for me to imagine that he and the other Republicans were rallying their base to crusade against the rest of the liberal agenda.

What’s particularly frustrating is when an obvious deal or compromise exists, but politicians instead choose to invoke rhetoric aimed only at taking down the other side. Healthcare is just one example. The Affordable Care Act is not a liberal dream. In fact, it draws on a great many conservative ideas (See: personal choice through an exchange, the individual mandate, etc.) And yet, the Republican field runs solidly on the repeal-and-replace platform. In this case, policy comes second to the politics.

For all this partisanship, there is still light. I think politicians can play a constructive role in bringing us back together. For better or for worse, they are to a large extent our thought leaders, and their words carry weight. Therefore, bipartisanship, compromise and genuine efforts to listen could promote a culture shift among the people they serve.

I understand this idea is unrealistic in a campaign cycle. The next year will be about drawing differences, contrast and superiority, not similarity, overlap and pursuit of mutual goals. After all, an election is about selling the American people on one party over the other.

This change won’t come from the people. The demography of this country is too fractured now. There are too many races, religions, cultural backgrounds and worldviews for the people to bring themselves back together. Although the fundamental American ties run deep, they are too much obscured. A realignment of the nation must come from the top. 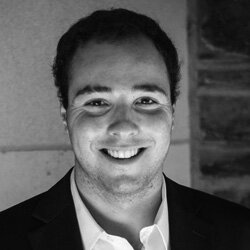